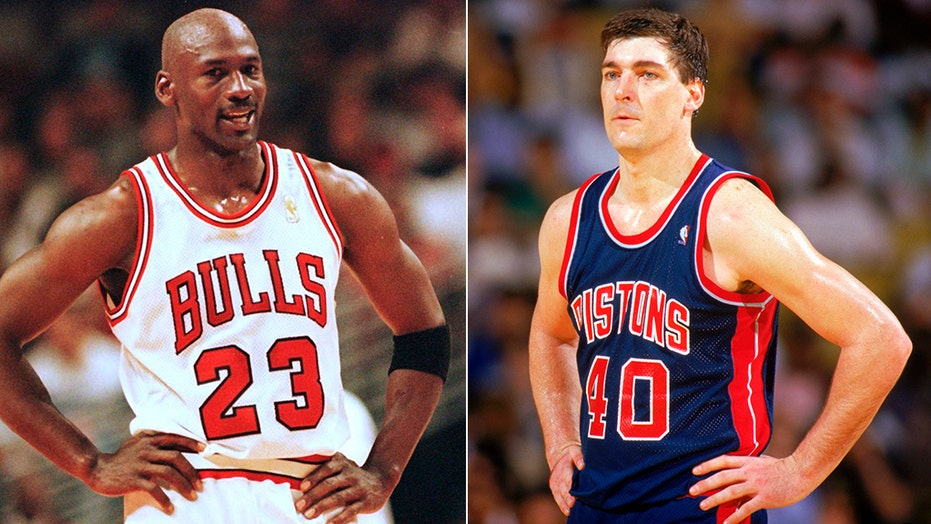 “The Last Dance” documentary’s parts three and four featured the Chicago Bulls finally breaking through in the Eastern Conference and making the NBA Finals.

The Bulls had to get past the Detroit Pistons and the “Bad Boys” to make the Finals. One of the major storylines of Chicago finally beating Detroit in 1991 was Isiah Thomas, Bill Laimbeer, and other Pistons players walking off the court in Game 4 with seven seconds remaining and didn’t shake hands with opposing players. Michael Jordan still showed resentment about the incident as he talked about it in the film.

“Oh, I hated them,” Jordan said. “And that hate carries even to this day.”

Laimbeer told ESPN in an interview Monday that he didn’t care what the public thought about the team’s decision.

“Why would I regret it now today? I don't care what the media says about me. I never did,” said Laimbeer, who is now the head coach of the WNBA’s Las Vegas Aces. “If I did, I'd be a basket case, especially back then.

“I was about winning basketball games and winning championships and did whatever I had to do to get the most out of my ability and our team -- and we did. At the end of the day, we're called world champions.”

Laimbeer doubled down on his comments, calling that Bulls team “whiners.”

“They whined and cried for a year and a half about how bad we were for the game, but more importantly, they said we were bad people,” he said. “We weren't bad people. We were just basketball players winning, and that really stuck with me because they didn't know who we were or what we were about as individuals and our family life.

“But all that whining they did, I didn't want to shake their hand. They were just whiners. They won the series. Give him credit: We got old, they got past us. But OK, move on.”

Thomas said during the documentary that he didn’t see the entire incident as a big deal, saying it was the same thing the Boston Celtics did to them during the 1988 conference finals.

MICHAEL JORDAN'S 'GREATEST ACCOMPLISHMENT' WAS WHAT HE DID OFF THE BASKETBALL COURT, ALEX RODRIGUEZ SAYS

“To us, that was OK,” Thomas said. “Knowing what we know now and the aftermath that took place, I think all of us would have stopped and said congratulations like they do now.”

Thomas said it was different than today’s game.

“I mean, we would have did it. Of course, we would have done it,” he said of shaking hands after the game. “But during that period of time, that's just not how [the mantle] was passed. When you lost, you left the floor. That's it.”

MICHAEL JORDAN TURNED DOWN CHANCE AT PLAYING FOR MLB TEAM

Jordan wasn’t thrilled with Thomas’ explanation. When he was shown what Thomas said, Jordan scoffed.

“Whatever he says now, you know it wasn't his true actions then. He's had time enough to think about it -- or the reaction of the public that's kind of changed his perspective of it. You can show me anything you want. There's no way you're going to convince me he wasn't an a**hole,” he said.

“All you have to do, go back to us losing in Game 7 [in 1990]. I shook everybody's hands. Two years in a row, we shook their hands when they beat us. There's a certain respect to the game that we pay to them. That's sportsmanship, no matter how much it hurts. And believe me, it f---ing hurt.”

Thomas said Monday he was regretful over the decision not to shake hands.