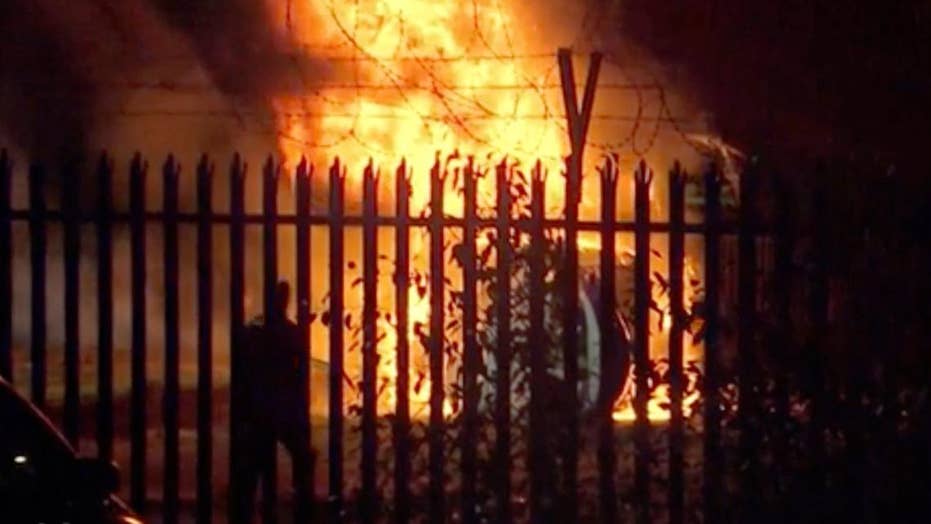 The billionaire owner of a soccer club in the English Premier League was aboard a helicopter that crashed and burst into flames outside the team’s stadium Saturday night about an hour after a match ended, according to multiple reports.

A source close to the family of Leicester City club owner Vichai Srivaddhanaprabha confirmed he was among those aboard the aircraft, reports Reuters.

Others on the helicopter reportedly included a daughter of the club owner, two pilots and a fifth person who was not immediately known. There were no confirmed details on whether anyone had survived.

The team issued a Twitter message quoting a club spokesman:

“We are assisting Leicestershire Police and the emergency services in dealing with a major incident at King Power Stadium. The Club will issue a more detailed statement once further information has been established.”

Eyewitnesses reported seeing the helicopter plummet to the parking lot soon after takeoff, the AP report said, and the news agency posted a photo showing a fireball outside the stadium.

The copter had taken off from the center of the soccer field after the game ended, in what was considered a routine for the team owner after his club’s games.

“It suddenly got very serious,” BT Sport broadcaster Jake Humphrey said later on air. “The helicopter has crashed. It has crashed in the club carpark ... we heard a commotion.”

The Leicester City club had just played to a 1-1 draw against Premier League rival West Ham United at King Power Stadium in Leicester, England, about 100 miles northwest of London.

After the crash, several Leicester City players and staff members were seen in tears as the fire continued, Britain’s Daily Telegraph reported.

Srivaddhanaprabha, a native of Thailand, purchased the club in 2010 and saw it win the EPL title in 2016. The achievement drew global attention because the club, nicknamed the Foxes, were considered a 5,000-to-1 shot to win the championship before the season started.

The billionaire is known for owning King Power, a duty-free retailer based in Thailand, where he is considered the fifth-richest person.