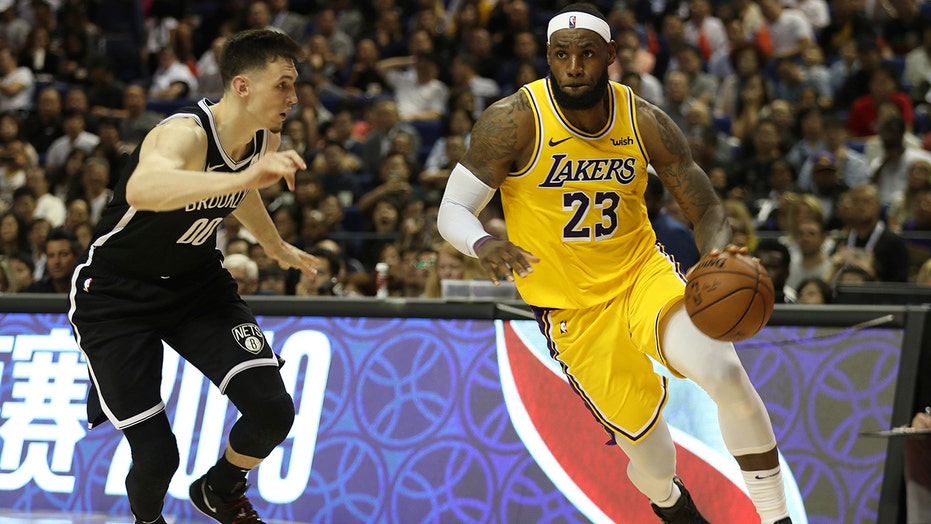 LeBron James has one of the biggest voices in all of sports and over the last month has used it to advocate for justice in the Ahmaud Arbery and George Floyd cases as well as slamming Drew Brees for his comments on kneeling during the national anthem.

While James has used his platform for social justice issues in the U.S., some have still wondered where he was when it came to the issue of China censoring the NBA in the communist country amid the fallout of a feud with Houston Rockets owner Daryl Morey which dates back to October.

Morey showed support for pro-Hong Kong protesters, tweeting a picture of a slogan reading “Fight for Freedom. Stand with Hong Kong.” But Morey deleted the tweet after significant blowback. He would later apologize but the damage had been done. China took down banners advertising the Los Angeles Lakers and Brooklyn Nets’ preseason matchup and canceled other media events in Shanghai.

Some NBA media partners in China also cut ties with the league. CCTV announced recently it would continue to ban the airing of NBA games ahead of the league’s restart.

At the time, fans waited for James to respond to the China flap.

WARRIORS' STEVE KERR PRAISES 'YOUNGER GENERATION' AMID GEORGE FLOYD PROTESTS: 'THE HOPE THAT WE ALL NEED'

“I’m not here to judge how the league handled the situation,” James initially said in a scrum with reports on Oct. 14. “I just think that, when you’re misinformed or you’re not educated about something – and I’m just talking about the tweet itself – you never know the ramifications that can happen. We all see what that did, not only did for our league but for all of us in America, for people in China as well. Sometimes you have to think through the things that you say that may cause harm not only for yourself but for the majority of people. I think that’s just a prime example of that.”

He also added in a tweet: “My team and this league just went through a difficult week. I think people need to understand what a tweet or statement can do to others. And I believe nobody stopped and considered what would happen. Could have waited a week to send it.”

While James was quick to jump on the protests, Brees and other issues, social media users alike came after the Lakers star for staying quiet on China – which at this point had occurred about seven months ago.

James has been one of the most outspoken leaders on social justice issues in a league that prides itself on being one of the most progressive in sports. At the time, even some Hong Kong protesters expressed their anger with him.

“People are angry,” said James Lo, a web designer who runs a basketball fan page on Facebook, in October.

“Students, they come out like every weekend,” James Lo said. “They've got tear-gassed and then they got gun-shot, like every weekend. Police beating students and then innocent people, like every day. And then he just comes up with something [like that tweet]. We just can't accept that."

Others said James was likely more worried about protecting his wealth than the geopolitical issues of his Hong Kong supporters.

“James was trying, you know, to take a side, on the China side, which is like ridiculous,” Aaron Lee, a 36-year-old marketing director, added as well. “He was being honest, financially. Financial is money. Simple as that. LeBron James stands for money. Period.”

The NBA’s issues with China are still not entirely resolved.