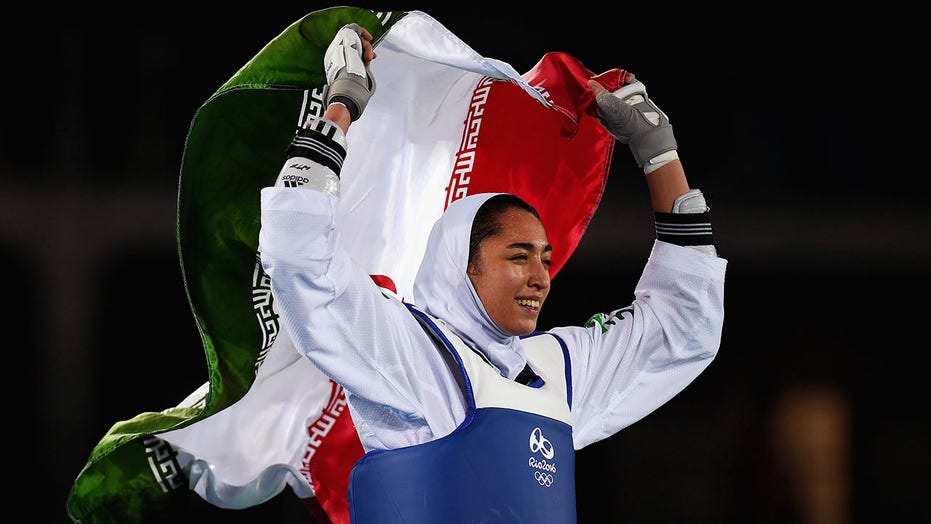 Kimia Alizadeh, Iran’s only female Olympic medalist who recently defected from the country, has moved to Germany, her coach said Monday.

Alizadeh announced earlier this month that she had permanently left the country and called out the Iranian government’s “hypocrisy” on social media. It was first reported that she may have moved to the Netherlands, but her coach told Reuters where she went instead.

Kimia Alizadeh announced she was defecting from Iran earlier this month. (Photo by Laurence Griffiths/Getty Images)

According to Bild, Alizadeth hoped to continue her career in Germany and had moved to Hamburg. She reportedly received offers to compete for the Netherlands, Canada, Belgium and Bulgaria. El Boujjoufi told Reuters that many countries “fought for her attention.”

The 21-year-old won a bronze medal for Iran at the 2016 Rio Games. Her announcement came a day after Iranian officials admitted to downing a Ukrainian passenger plane, killing 176 people minutes after takeoff from Tehran’s international airport when “human error” mistook the civilian aircraft for a military one.

She accused the Iranian government of “lying” and “injustice” toward Iranian athletes, adding all she wants is "taekwondo, security and a happy and healthy life," according to AFP.

She said she wore everything the government asked her to wear, referring to the head covering all Iranian female athletes must wear, and wrote she "repeated everything they told me to say. ... None of us matter to them."

He compared Alizadeh to Alireza Firouzja, an Iranian chess prodigy who now lives in France after becoming a grandmaster at age 14.

#KimiaAlizadeh, Iran's only female Olympic medalist, has rejected the regime's oppression of women," Ortagus wrote. "She has defected for a life of security, happiness, and freedom. #Iran will continue to lose more strong women unless it learns to empower and support them.”

Alizadeh promised the Iranian people she would always remain a “child of Iran.”