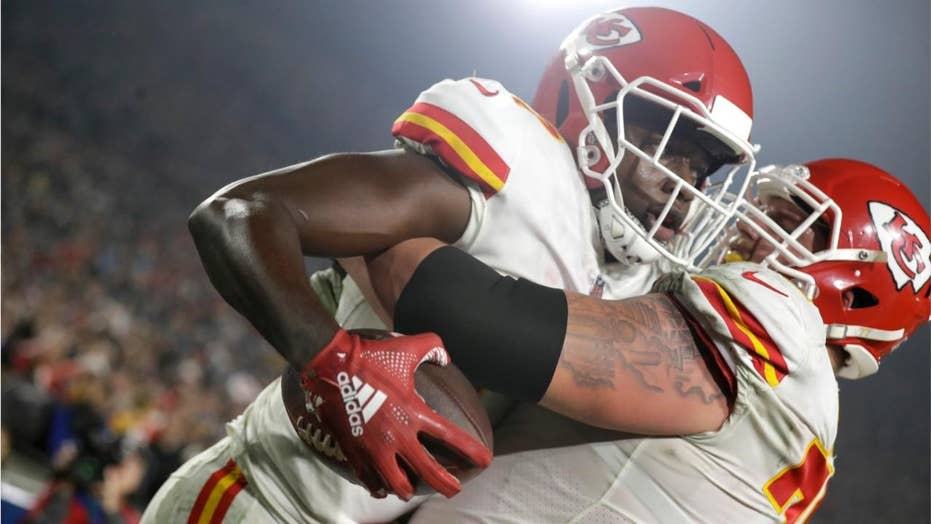 Former Kansas City Chiefs running back Kareem Hunt was released from his team after he admitted to lying about his role in an alleged assault.

Cleveland police launched an investigation Wednesday into the department’s response to a violent February incident allegedly involving former Kansas City Chiefs running back Kareem Hunt -- but cops will also probe how the NFL was able to get its hands on a police report without filing a request through official channels.

The NFL somehow received a copy of the Feb. 10 assault report without filing a public records request, authorities said. Video of the incident, first obtained by TMZ, shows a man identified as Hunt shoving and kicking a woman at a hotel.

“Following an internal review, it has been determined that in February 2018 a member of the Cleveland Division of Police provided a copy of the police report involving the February 10, 2018 assault incident at The 9 to a representative from the National Football League,” police said in a statement. “The Cleveland Division of Police is conducting an internal investigation regarding the overall response to the February 10, 2018 incident.”

Cleveland police said in a statement the NFL received a copy of the report in February. The Kansas City Star, citing public records, reported Tuesday, however, the league didn’t file an official records request until Nov. 30 – the same day TMZ's video of the incident surfaced.

The NFL said Tuesday it had obtained reports written by the officers who responded to the incident.

“We had multiple verbal conversations with Cleveland police officers and requested surveillance video immediately upon learning of the incident in February,” NFL vice president of communications Brian McCarthy said in a statement to ESPN. “In addition, NFL representatives also made requests for surveillance video to the hotel property. We also obtained and reviewed the material developed by the police, which included the written reports prepared by the officers who responded to the incident, and later the interviews that were recorded by body cams and the recordings of the 911 calls.”

Hunt was released by the Chiefs last week after the video came out. Since then, Hunt’s been accused in two other violent incidents – one in June in which he allegedly punched a man in the face and another in January at a nightclub.

The 23-year-old was removed from “Madden NFL 19” on Wednesday and replaced with a generic player with the same ratings.