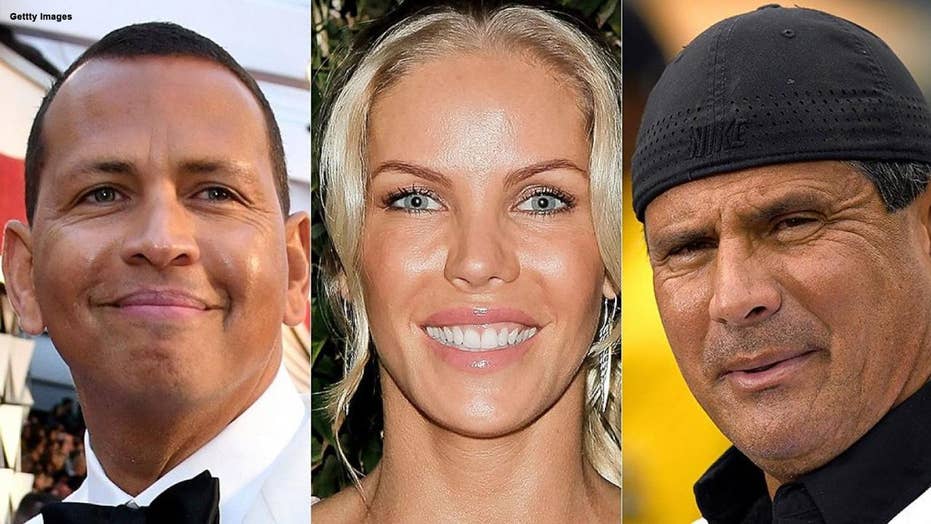 Jose Canseco's ex-wife Jessica is finally speaking out about the rumors her husband made about her having an affair with Alex Rodriguez amid the former MLB star’s engagement to Jennifer Lopez.

Lopez addressed the tweets on “The Breakfast Club” in which Canseco claimed she had “no idea” who Rodriguez really is, according to TMZ Sports.

Lopez, 49, told host Charlamagne Tha God she knows what the truth is and knows who Rodriguez is. She said she and Rodriguez are “just happy.”

Jessica Canseco spoke out on Jose Canseco’s claims last month to shoot down the rumors.

“Those false accusations Jose is making are not true! I have known Alex for many years and haven’t even seen him for over 5. I certainly did not sleep with him. I am friendly with both him and Jennifer. As for Jose he can keep playing with his Alien friends,” she wrote. “In fact I don’t even get on twitter had to download app again and don’t watch tv and had no idea any of this was going on. Last time I saw Alex he was with Torrie [Wilson] and I brought my boyfriend over for dinner. We are just friends my god.”

Canseco infamously mentioned Rodriguez in his book “Vindicated” – a sequel to his jaw-dropping, tell-all book "Juiced" – claiming he introduced Rodriguez to a steroids distributor and that Rodriguez slept with Jessica at the time.

Rodriguez hasn’t responded to the rumors. He and and Lopez got engaged last month.