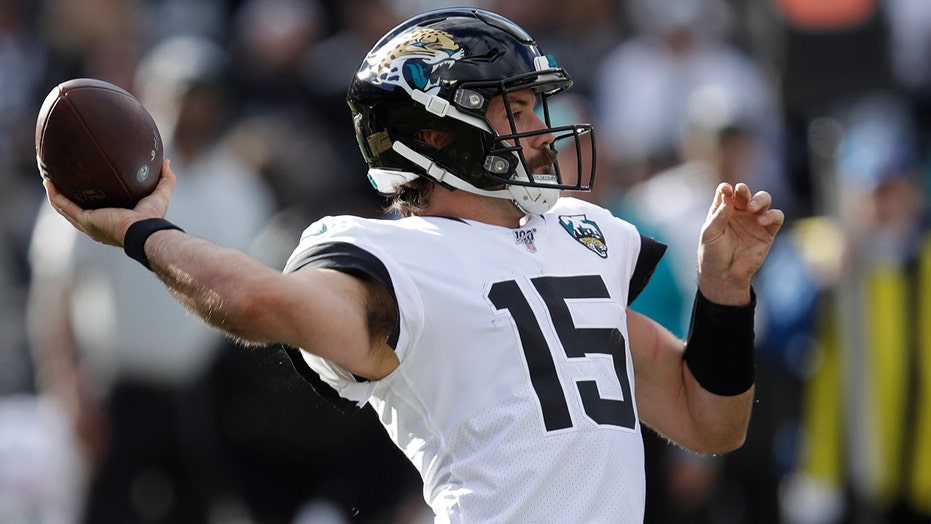 Jacksonville Jaguars quarterback Gardner Minshew II led the team to a comeback victory over the Oakland Raiders on Sunday and enjoyed spoiling his opponents’ chances of salvaging one final win in California before they move to Las Vegas next season.

Jacksonville was down as much as 16-6 in the final quarter and still came back to win the game.

The rookie quarterback reveled in the win.

“I probably saw more middle fingers today than I have in my whole life,” Minshew told reporters after the game. “They have a good time, man. It was fun to ruin that for them.”

Conley said during the postgame news conference he was happy to be a part of history.

“I used to play in Kansas City and I used to play Oakland a lot,” he said. “There's a rich history that this organization has and a lot of history here in this stadium. To be able to not only be a part of the last game played here but to come out and win in that fashion is a story I'll be able to tell my kids. It's a proud place to be.”

The Raiders dropped their final game in the Oakland-Alameda County Coliseum. The team is set to move to Las Vegas in 2020.

Fans met Raiders players with boos and trash as they walked off the field.

Jacksonville improved to 5-9 with the victory. Oakland fell to 6-8 with the loss.