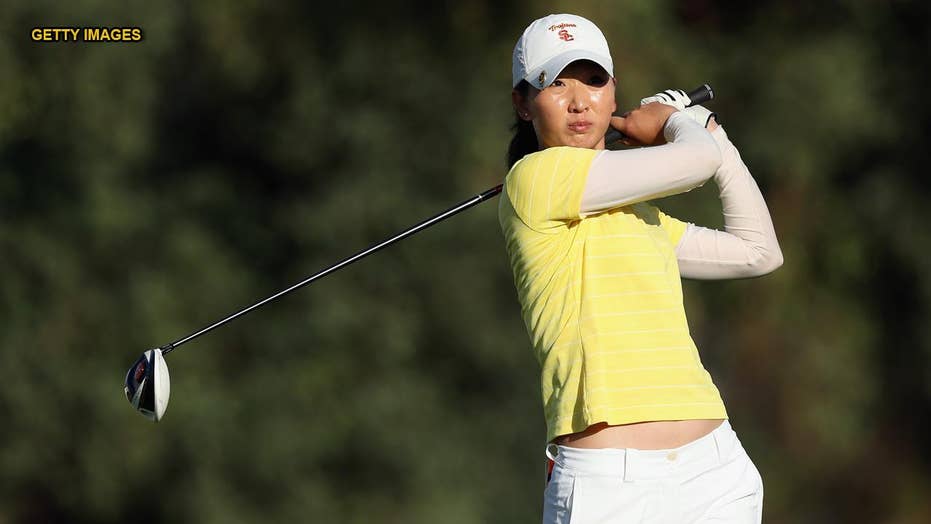 Champion golfer disqualified from event after mom moves her ball

Doris Chen, a former NCAA golf champion, was disqualified from the LPGA's qualifying tournament over the weekend after she played a ball her mother moved back in bounds.

A former NCAA golf champion was disqualified from the LPGA’s qualifying tournament over the weekend after she played a ball her mother moved back in bounds.

A homeowner near the Pinehurst, N.C., golf course caught someone moving Doris Chen’s errant tee shot back in bounds and later reported the infraction, Golf Channel reported. The person who moved the ball was later identified as Chen’s mother, Yuh-Guey Lin.

Alex Valer, Chen’s caddie, tried to explain the situation to the Golf Channel.

“It’s a mess,” he said. “Doris did the wrong thing. I’m just trying to do the right thing, to be fair to all those players at Q-Series who have worked so hard for a whole year.”

Chen attempted to distance herself from the controversy Sunday, calling the incident a “misunderstanding.”

“I did not have any direct involvement, nor was it my intention for it to happen,” she said in the statement. “It was a stressful week and I did my best in terms of resolving it at the moment. Unfortunately, I did not have the best judgement [sic] at the moment and this resulted [in] a ruling. It was my responsibility as a player to call for a rules official at the time to investigate, whether the event to be true or mistaken.

“However, I thought I knew the rules clearly. I have to firmly clarify that my caddie, the volunteer nor I at the time we were searching for the ball saw anything suspicious. I did not hear or see anything, nor did I do anything that would interfere. I found the ball and hit it.”

“Doris Chen's drive on the 17th hole in round 7 came to rest out of bounds," the LPGA said in the statement, according to ESPN. “An outside agency moved her ball back in bounds. Ms. Chen and her caddie were made aware that the ball had been moved. Doris elected to play the ball, which was a wrong ball by definition, from its altered lie. Ms. Chen did not correct her error before teeing off on the next hole, thus resulting in the DQ penalty.”

Chen, who won an NCAA title with USC in 2014 and a U.S. Girls’ Junior title in 2010, defended herself in an interview with the Golf Channel, saying feels “hurt” over the situation and is not a cheater.