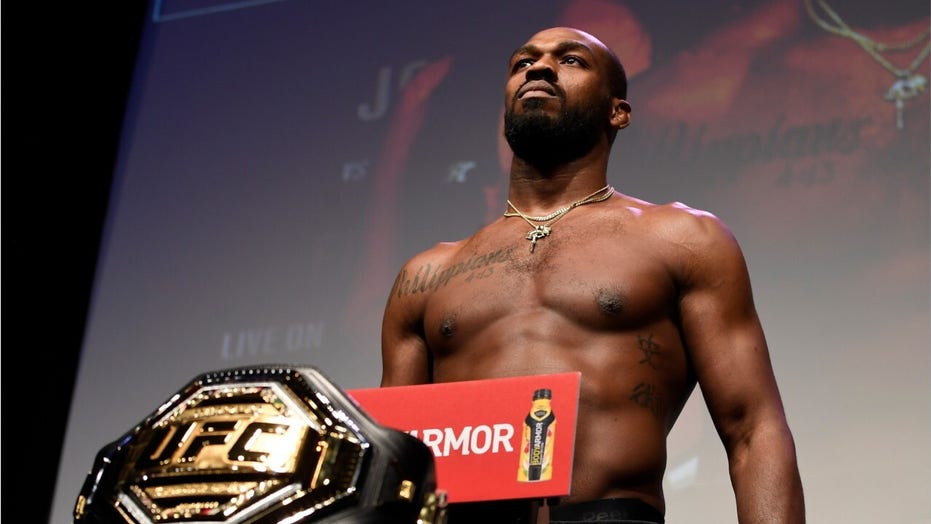 What to know about Jon Jones

What to know about Jon Jones the UFC light heavy weight champion.

He’s widely regarded as the greatest mixed martial artist who ever lived.

Putting his belt on the line, the legend that is Jon Jones (25-1 MMA, 19-1 UFC) will face-off against undefeated rising star Dominick Reyes (12-0 MMA, 6-0 UFC) Saturday night in Houston for the light heavyweight title in the main event of UFC 247.

Here is a bit of his most recent history:

Last November, he gave a reward for information about the missing stepdaughter of an Ultimate Fighting Championship heavyweight.

Jones announced on Instagram that he would donate $25,000 in the case of 19-year-old Aniah Haley Blanchard.

Authorities in Alabama said in late November that they believed human remains found on a county road belong to missing the 19-year-old, the stepdaughter of UFC heavyweight fighter Walt Harris.

Last July, he denied allegations that he assaulted a waitress in a New Mexico strip club.

Jones was accused of placing the waitress in a chokehold and slapping her genitals during an April visit.

A WINNER, NO MATTER WHAT IT TAKES

He barely hung on.

"He implemented a game plan I think a lot of people have wanted to for a very long time," Jones said. "He did a good job. He exploited a hole in my game that won't be there next time."

Jones had big trouble with Santos, who nearly scrapped his way to victory despite injuring his left knee early in the fight.

Jones fought cautiously and earned a 48-47 decision on two of the three judges' scorecards.

In December 2018, the noted drug cheat, who has served suspensions for failed drug tests and tested positive for low levels of a banned steroid, got into a heated argument with a female mixed martial arts reporter who questioned him about his performance-enhancing drug use at a press conference.

Reporter Izabelle Kostic, who writes for a Swedish fighting website, asked the former UFC champ about his positive tests for prohibited substances, according to MMA Junkie.

Jones tried to ignore the subject, asking for the next question.

Jones then grabbed her mic and berated the reporter.

In 2016, Jones went on a Twitter rant to let his past and future opponents know that at the end of the day they're all just part of his legacy.

He had another Twitter rant that same year: A fan tweeted out a picture of a man who sort of kind of looks like Jones. Jones was quick to assure: You have the wrong dude, good sir.