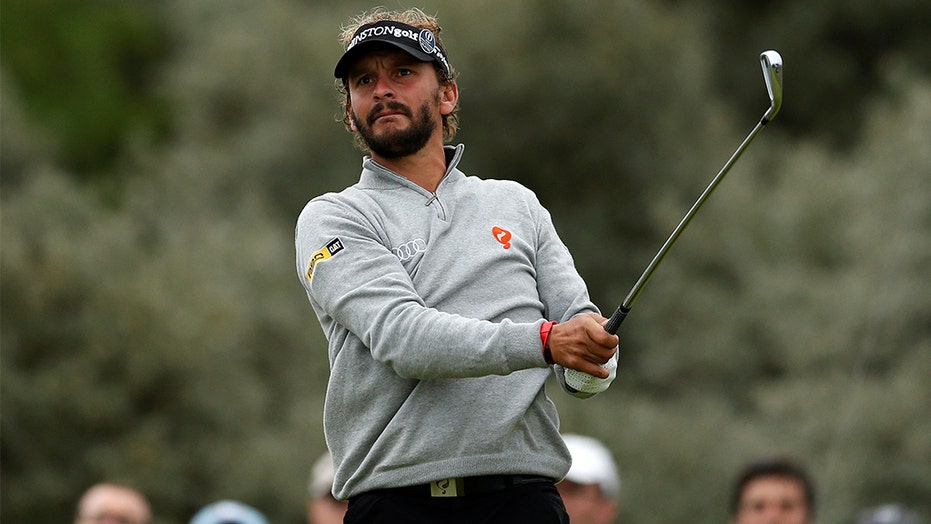 Sportscaster Jim Gray weighs in on the legendary stars facing off in a charity golf event.

Dutch golfer Joost Luiten "almost killed" his girlfriend while practicing a trick shot, he wrote on social media this week.

Luiten was practicing a trick shot with his caddy, who was throwing him his golf club from a few feet away due to coronavirus pandemic guidelines, and the golfer was going directly into a swing after he caught his club.

At first, Luiten wasn’t making much contact with the golf ball, but after a few tries at it, he accidentally sent the ball in the direction of his girlfriend, Melanie-Jane Lancaster, who was shooting a video of Luiten nearby.

The video shows Luiten grab his face in shock as Lancaster lets out a cry in pain. Fortunately, she only suffered a bruise from the incident.

“Pff playing golf with a caddy and keeping the 1.5m is hard,” Luiten wrote on Instagram. “Almost killing my girlfriend in the process(sic) trying to master social distancing (she survived, just a bruise).”

Luiten is ranked the 98th golfer in the world.