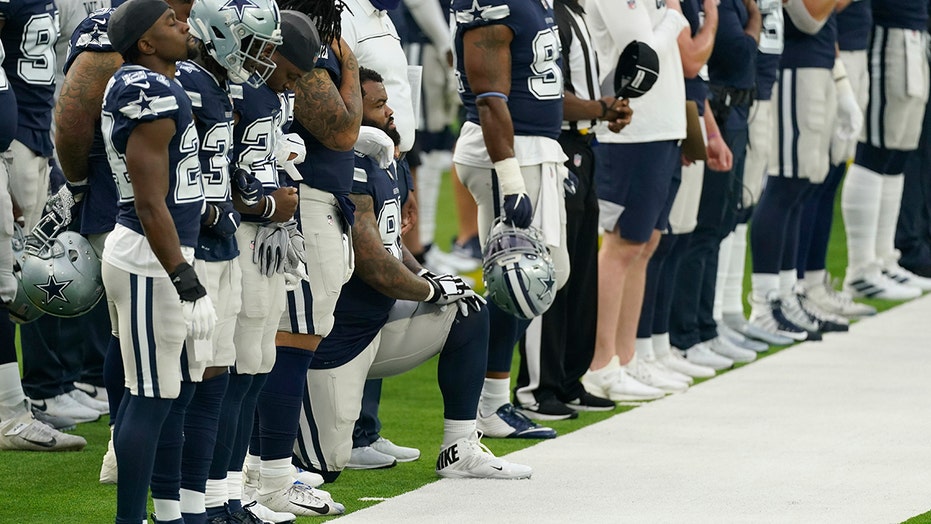 Dontari Poe was the lone Dallas Cowboys player to kneel during the national anthem before his game against the Los Angeles Rams on Sunday night to open up the 2020 season.

Poe was the first Cowboys player ever to take a knee during the playing of “The Star-Spangled Banner.” The defensive tackle told reporters that kneeling was his way of letting the country know about his fight against racism, according to ESPN.

Poe signed with the Cowboys in the offseason. He had three tackles in the game.

He mentioned in August that he had planned to take a knee during the national anthem and had hoped to meet with team owner Jerry Jones.

“I do still plan on kneeling, but we haven’t had the conversation yet,” Poe said at the time., according to Yahoo Sports. “But we had a team meeting where [Jones] kind of expressed a couple of feelings, and he always told us he had an open door for us to talk to him at anytime. So I look forward to taking advantage of that and just getting in his ear and seeing how he’s feeling about it.”

Jones said last month that he hoped for “grace" when it came to protesting during the national anthem.

“That was then, two years ago ... This is now,” he said, according to USA Today. “We've had very, very sensitive times ... What I do want us to show and be a part of is a word called 'grace.' Not only grace in our actions but in our understanding of where they're coming from. I want our players to understand the perception of where they're coming from regarding [the American] flag and the sensitivity there and the many memories there. I want our fans to understand ... where our players are coming from.”