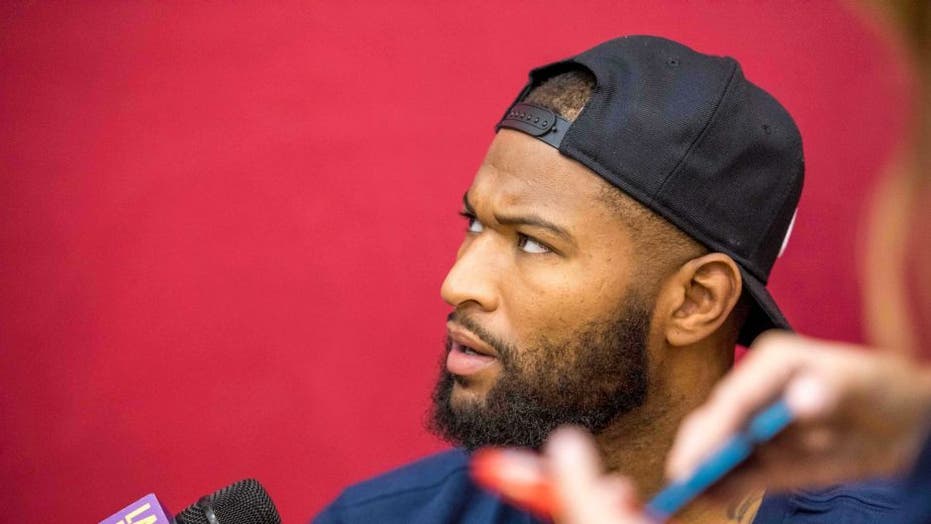 Golden State Warriors center DeMarcus Cousins presents an interesting case of what a player could get on the market after playing a part of the season upon return from an injury.

Cousins played in 30 games for the Warriors after tearing his Achilles during the 2017-18 season with the New Orleans Pelicans. He joined the Warriors last offseason in hopes to play well enough when he returned from injury to get a significant contract this coming offseason.

It’s unclear what Cousins could possibly get on the open market. He is a four-time All-Star and two-time All-NBA and any team would be made better by his presence. But questions about his health still remain even after coming back from a quad injury to play limited minutes in the NBA Finals.

Here are five teams that could sign Cousins once free agency begins on June 30.

A return to the Warriors might be Cousins' best option. (Kyle Terada/The Canadian Press via AP, Pool)

While Cousins is expected to test the open market, the Warriors have not closed the door on a reunion for next season and beyond. Golden State is reportedly expected to offer max contracts to Kevin Durant and Klay Thompson, which means Cousins would have to holdout for a lesser deal. If he’s willing to finish what he started in Golden State last season, Cousins could land back with the Warriors.

A lot may have changed over the last few months, but one Western Conference executive told Bleacher Report that Cousins could be viewed as a “consolation prize” for the Lakers during free agency. The idea of pairing Cousins and Anthony Davis again might pique the Lakers’ interest – and add LeBron James in there might make the team even more dangerous. However, it’s unlikely the Lakers would offer Cousins any more than a “prove it” type deal.

The Knicks are reportedly seen as a "consolation prize" for Cousins. (Joshua Dahl-USA TODAY Sports)

The same Western Conference executive also mentioned the Knicks as a team who could sign Cousins as a “consolation prize.” The Undefeated also reported that Cousins was on New York's radar. The Knicks appear to be targeting the big name talents like Kevin Durant and Kyrie Irving and may not have eyes for Cousins until he’s already signed with another team.

Last season, Cousins reportedly narrowed his choices down to the Warriors and the Celtics before ultimately choosing to sign with Golden State. The Celtics free agency plans appear to be in flux and with the team reportedly trading Aron Baynes, adding another big man on a deal less than the max could be the play for Boston.

The Clippers were linked to Cousins back in January. (Photo by Rocky Widner/NBAE via Getty Images)

The Clippers might be linked to every top free agent that’s going to be on the market this summer. The Clippers could be among the teams who have interest in Cousins, even if it saves them money with a “prove it” type deal. The Clippers could potentially sign both Kawhi Leonard and Cousins.