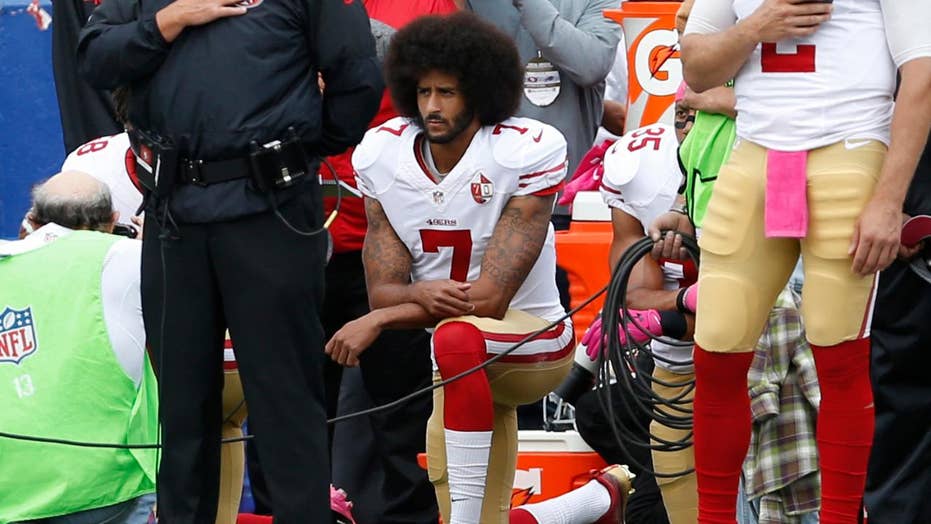 Colin Kaepernick takes action against the NFL for collusion

Colin Kaepernick’s lawyers are seeking the depositions of the former CEO of Papa John’s and of NFL commissioner Roger Goodell’s wife in the former quarterback's collusion case against the league, reports stated.

In October, Kaepernick filed a grievance case accusing NFL owners of colluding against him to keep him out of the league under a collective bargaining agreement. The former San Francisco quarterback spurred backlash after starting the national anthem protests before NFL games during the 2016 season. He opted out of his contract after the season and went unsigned last season.

Stephen Burbank, a University of Pennsylvania Law School professor, was hired as the independent arbitrator and said he would need to be “convinced by Kaepernick’s team that multiple parties within the league conspired to deny the politically active quarterback employment,” The Washington Post reported.

John Schnatter, the former CEO of Papa John’s, made headlines last year after he blamed national anthem protests on his company's slumping sales. The pizza chain has a corporate partnership with the league. Schnatter said the racially charged protests and the football league “is polarizing the customer, polarizing the country.” He was ousted as the CEO in December.

The former CEO did not directly name Goodell in his complaints but Jerry Jones, the Dallas Cowboys owner who also owns a number of Papa John’s restaurants, was suspected of provoking the criticisms, The Washington Post reported.

Goodell and Jones were at odds at the beginning of the season after there were reports the owner was threatening to sue the NFL if the league agreed to give the commissioner a new contract. Jones blamed Goodell for the escalation of national anthem protests.

CBS Sports also reported President Trump may be connected to the depositions after the commander-in-chief slammed the NFL repeatedly last season, demanding players stand for the national anthem or be "fired."

At one point, the account tweeted at ProFootballTalk, a sports blog run by NBC, after the blog posted “it was on the commissioner” to solve the “national anthem issues.”

“Please do better reporting. He is already doing this. You are behind," @forargument tweeted.

After some investigating, The Wall Street Journal discovered the account belonged to Goodell. She later admitted she was behind the account.

The Washington Post noted some believe Kaepernick would drop the grievance if an NFL team signs him for the upcoming season.

Colin Kaepernick was not signed to an NFL team during the 2017-18 season. (AP)