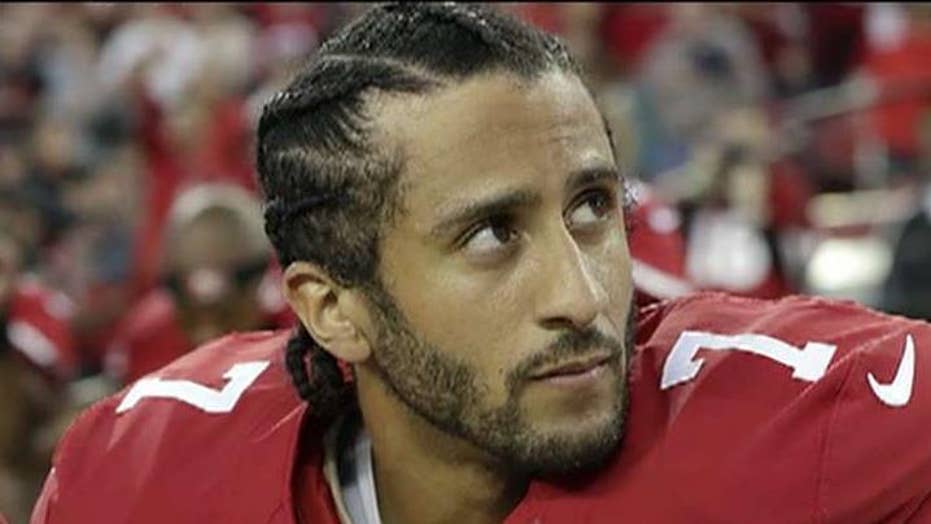 Colin Kaepernick still has the desire to play in the NFL, revealing in an interview published Thursday that he continues to train and prepare for the possibility.

Kaepernick, 32, last took a snap in the NFL during the 2016 season. He was admonished and praised for kneeling during the national anthem, sparking a firestorm through the league and nationally, and has yet to find a job after opting out of his contract with the San Francisco 49ers.

He told USA Today in a rare interview he still wants to play in the NFL.

“My desire to play football is still there,” Kaepernick said. “I still train five days a week. I’m ready to go, I’m ready for a phone call, tryout, workout at any point in time. I’m still waiting on the owners and their partners to stop running from this situation. So I hope I get a call this offseason. I’ll be looking forward to it.”

Kaepernick may have had his best chance to get back into the NFL when the league gave the quarterback an opportunity to throw for teams in November. The workout soon became mired in controversy after a discrepancy over a liability waiver. Kaepernick decided to snub the NFL-organized workout at the Atlanta Falcons’ facility and hold his own at a high school miles away.

A handful of teams watched Kaepernick and at least one scout reportedly said he still maintained an elite level arm – the same arm that got the 49ers within one play of a Super Bowl victory during the 2012 season.

However, Kaepernick remains without a team.

Even after football, Kaepernick has become a prominent social justice activist and spokesman for Nike. He told USA Today he plans to start a publishing company and release his own memoir.