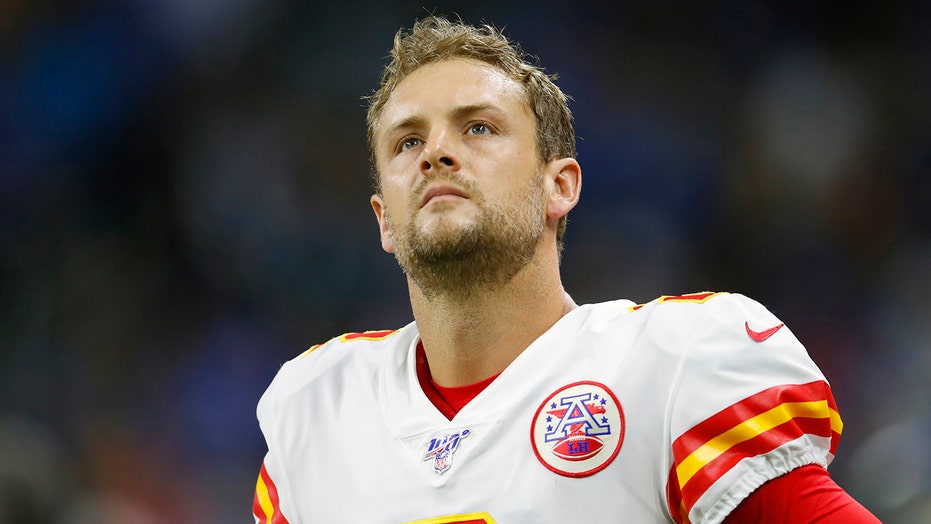 Dustin Colquitt walked into the Kansas City Chiefs training facility 15 years ago as a third-round pick out of Tennessee, a punter with a big leg and peerless pedigree.

He wound up setting numerous franchise records, including most games played and most postseason appearances.

Colquitt’s long tenure is finally coming to a close. The Chiefs released the two-time Pro Bowl punter after signing a pair of prospects to compete for the job in training camp.

“I have enjoyed my time in Chiefs Kingdom,” Colquitt, who turns 38 next month, wrote in an Instagram post. “All things come to an end, sometimes sooner than you hoped, prayed and pleaded for them to.”

Colquitt stopped short of saying he was retiring, which would save the Chiefs $2 million in salary cap space. He was due a workout bonus of $2 million, and there will be $650,000 in dead cap space as he entered the final year of his contract.

“I’ll miss walking into the building and smelling the coffee, talking to everyone,” Colquitt continued. “It took me forever to weave through some of the most loving people you’d ever hope to work with. I was a young kid when I first walked into Arrowhead. Hell, the indoor facility used to be 70 yards long. Holding this post for 15 years has been an honor that I never took for granted. Thank you KC.”

Rarely do teams use a third-round draft pick on a specialist, but rare came to describe Colquitt perfectly. He was called upon to punt 1,124 times, 15th in NFL history, and his average of 44.8 yards puts him in the top 25. He also became known for his almost otherworldly ability to pin opponents inside the 20.

His tenure with the Chiefs matched Jerrel Wilson, who punted for the club from 1963-77, for the longest stint in franchise history. His 238 games surpassed offensive lineman Will Shields this past season for the most among Kansas City players. Twelve of those games were in the playoffs, and Colquitt’s last appearance in a Chiefs uniform will have been this past February in Miami, where he helped them win their first Super Bowl championship in five decades.

Along the way, Colquitt earned a reputation as a well-spoken fan favorite who exuded professionalism, whether the Chiefs were winning two games, as they did in 2012, or a dozen, as they had the past couple seasons. He would sign autographs for hours at training camp, and he often took part in the organization’s charitable efforts.

Those efforts led the Chiefs to nominate Colquitt for the Walter Payton Man of the Year Award.

Colquitt comes from punting stock. His father, Craig, was part of two Super Bowl championships, and his brother, Britton, is still kicking after winning a title with Denver in 2015. His cousin, Jimmy, also briefly punted in the NFL.

Colquitt’s time in Kansas City nearly ended in 2013, shortly after Andy Reid and his coaching staff arrived. He was a free agent, and new special teams coach Dave Toub had to give Colquitt a recruiting pitch to keep him in the fold.

“I just talked about how I had never had a punter like him. He was such a bomber. He could really flip the field,” Toub recalled. “We actually turned him into more of a directional guy. He was a bomber when we first got here, then we taught him to be more directional, which I really think helped his career in the long run.”

Colquitt’s future with the franchise had come into question over the past few weeks, when the Chiefs signed young free agent Tyler Newsome. And when they signed undrafted rookie Tommy Townsend, one of the top punters in the nation last season, it became clear Colquitt would not be part of a competition for the job in training camp.

“Hell, I’ve played with a thousand people here,” Colquitt said during a moment of reflection before the Super Bowl. “It’s amazing seeing the fans, the barbecue and the excitement in this crowd. Just the vibe that was there even when we weren’t doing well. Now, it’s just a monster. I don’t ever think they can get any louder and they just do. It’s fun to see that.”