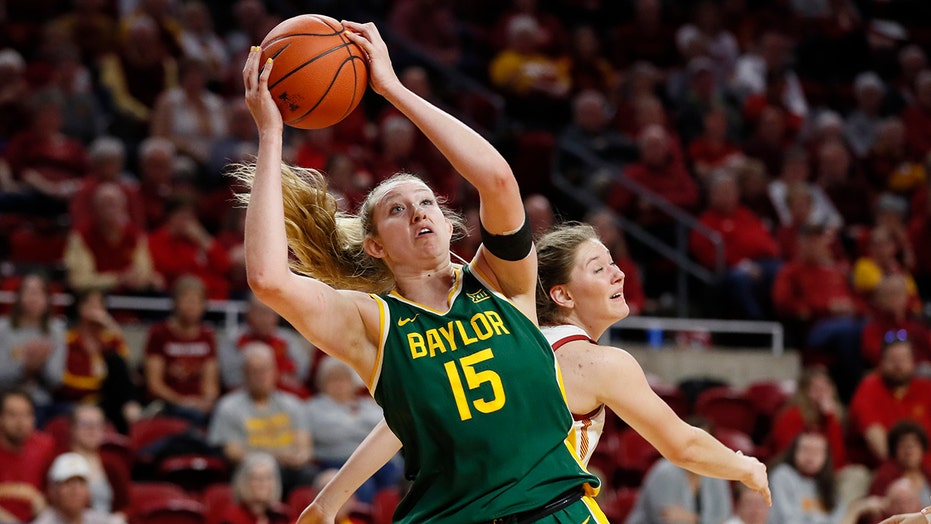 Lauren Cox is still trying to process that her college basketball career is over.

The Baylor forward, like many other seniors, saw her season end when the NCAA Tournament was canceled. She was on a plane with her teammates ready to head to the Big 12 Tournament last week when word came that the conference had canned its postseason.

“It’s been tough. Some days are more emotional than others. I’m still trying to process it,” Cox said in a phone interview. “There's nothing to do. I’m bored out of my mind. It’s hard because I never had so much free time. The free time is forcing me to think about it and overthink it.”

Cox took to Instagram a few days ago to share her emotions. The hardest part is that she didn't get a chance to say goodbye to her teammates and coach Kim Mulkey as a group.

“That's been hard on all of us,” Mulkey said. “We all thought we were just going home for a weekend after the Big 12 Tournament was canceled. We never got a chance to get back together as a group. For me to give my seniors like Lauren a hug and thank them for all they did.”

Cox understands the NCAA's decision to cancel March Madness. She was diagnosed with Type 1 Diabetes when she was 7. Because it's an autoimmune disease, it makes her more vulnerable to coronavirus.

“If I were to catch it, it would have a greater effect on me,” she said. “I’m staying away from crowds. Washing hands like normal. Doing what I can to stay healthy.”

Cox is focused on her future in basketball and that's playing in the WNBA. She's projected to be a lottery pick. It's still unclear how the shutdown will affect the WNBA, its season and draft, which is supposed to take place on April 17.

“There's so many unknowns and that's the frustrating part. I know this isn’t important with what's going on in the world, but you have to find what you are going to wear to the draft," she said. "Do stuff like that and you don’t know if it’s going to happen.”

Cox said she's been fortunate that a family friend owns a gym near where she lives and she's been able to work out there.

“We’re able to go work out in that gym. Whenever we want,” she said. “My sister and I on the side of the road on this hill running up and down the hill to get some conditioning in. We're hanging out when not working out. Do what we can to get some shots up.”

She's already overcome so much in her career besides the diabetes. Cox left Baylor's championship game last season with a knee injury. She also missed a bunch of games early this season when she had a stress reaction in her foot.

“I think I'm just getting my confidence back with my outside shot,” she said. “Seeing the ball go through the net and making shots is going to help. I didn’t get to shoot as many 3s' as I did last year. I didn’t get the opportunity. I'm going to continue to work on that and make it more consistent.”