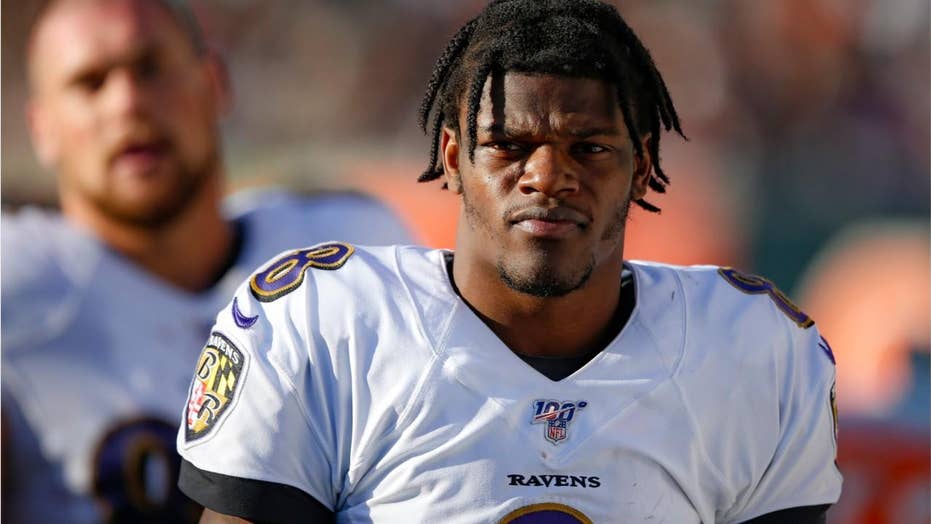 “It was bad timing,” Jackson acknowledged Tuesday in a video conference call with Baltimore reporters.

Jackson set several NFL records and led the Baltimore Ravens to a 14-2 record last season by running for 1,206 yards and throwing 36 touchdown passes. Not long after the Ravens exited the playoffs with a loss to Tennessee, Jackson was named the league’s MVP by a unanimous vote.

Eager to stay in form while the team’s training complex is shut down to players because of the coronavirus pandemic, the former Louisville quarterback threw footballs to teammate Marquise Brown and former NFL star Antonio Brown during an informal workout in Florida on April 1.

The trio posed together afterward, and Jackson received no small amount of criticism for failing to practice social distancing.

He said he has abandoned group sessions and now is working out alone, doing “Pilates and stuff like that to keep myself in shape.”

Jackson also learned that he would be on the cover of Madden NFL 21, a distinction the former Heisman Trophy winner labeled “a dream come true.”

Despite his isolation, Jackson is determined to return in 2020 as a better player than last year, when he set an NFL single-season record for yards rushing by a quarterback and broke the franchise mark for touchdown passes.

“Just like last year, I want to work on everything,” he said. “But the quarantine is slowing down everything right now. I can’t be with my guys, working on timing and routes.”

He’s confident the NFL will not cancel the season because of COVID-19.

“I’m not going to put that in my mind,” Jackson said.

When he finally does get together again with his teammates, Jackson will show off a massive tattoo on his chest that he received before coronavirus restrictions were put in place. The artwork features bird feathers, the word “Family” in script, a football and the word “TRUZZ” — a variation of the Ravens’ mantra of “Big Truss” used during the 2019 season.

Truss is slang in South Florida for trust. Jackson explained that his version of the word was used for his tattoo “because someone tried to sue me for (using) Truss.”