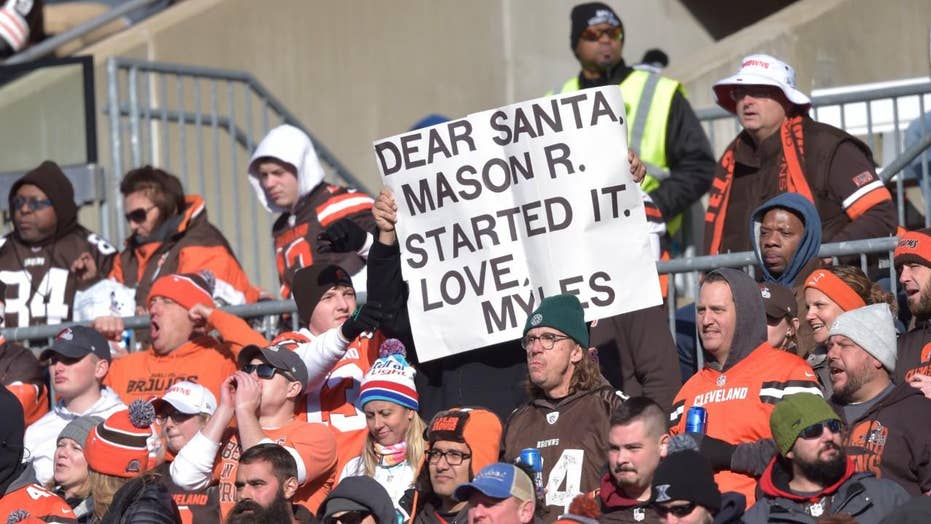 The wife of Cleveland Browns quarterback Baker Mayfield took on a reporter over a question about Freddie Kitchens' T-shirt of choice following the loss to the Pittsburgh Steelers more than two weeks after a brawl took place between the two teams.

Kitchens was seen before the game wearing a shirt that read: “Pittsburgh Started It.” It was a clear shot at the Steelers for some of their players’ roles in the brawl which saw Browns defensive lineman Myles Garrett remove Steelers quarterback Mason Rudolph helmet and hit him over the head with it.

Mary Kay Cabot, the longtime Browns beat reporter for the Cleveland Plain-Dealer, caught some flak from Emily Mayfield for asking Baker Mayfield a question about the shirt. Mayfield quote-tweeted Cabot and wrote: “Why is this the focus of your questions? MUCH more to focus on than that…”

Cabot defended herself: “I asked exactly one T-shirt question after the game. I asked Baker what he thought of it, and he defended Kitchens, which I thought was pretty cool. He gave a great answer, saying ‘I’ve done much worse.’ Funny, and struck the right note.”

Cleveland dropped the second game against Pittsburgh on Sunday. Cleveland fell to 5-7 with the loss. Kitchens also got heat from Steelers players who were amazed that he would wear the shirt.