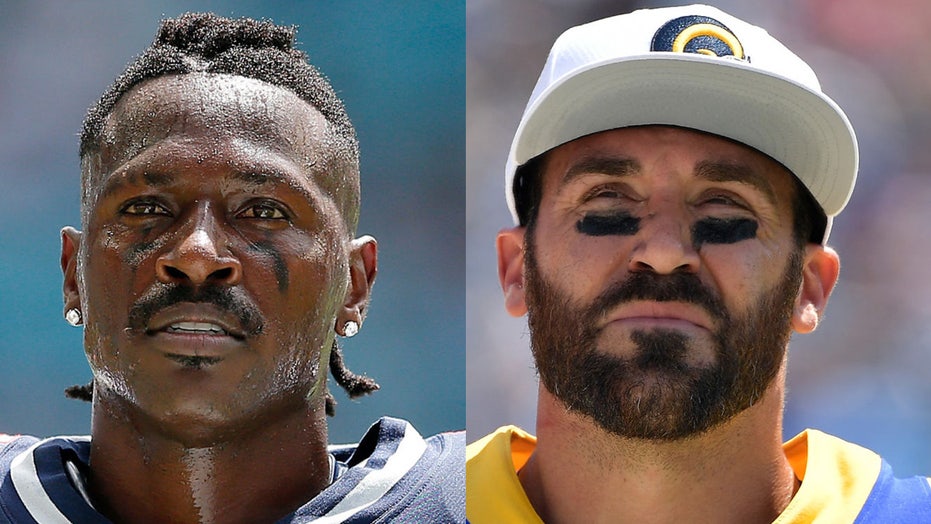 Antonio Brown got into a war of words on social media with Los Angeles Rams safety and former divisional rival, Eric Weddle on Thursday.

The tiff between Brown and Weddle, who played against the wide receiver as a member of the Baltimore Ravens from 2016 to 2018, started after Brown tweeted, “The game need me I’m like test answers.” Weddle replied to the tweet, saying “Def dont.”

When Weddle was told that he couldn’t guard Brown on defense, the safety shot back: “Dont need to. Isnt on a team.”

Brown then fired back at Weddle.

“U need some attention lil man glad I put that stuff arm in your neck in Pittsburgh u deserved it Lil Weedle,” Brown wrote.

Weddle replied: “Hahahahhaahaha. AB. When are u gonna learn that it isnt about you. Never was and never will be. Got a game to get ready for. Good luck my guy!”

Brown went back at Weddle again: “Bro I don’t even know you don’t call me AB that’s my NFL name dummy ! I’m not on your team never been shut your mouth Jabroni”

Weddle told Brown "good luck" at Central Michigan, where Brown has re-enrolled, in hopes of ending the little spat.

“Keep you luck duck ; listen to your team stay focus on your opponent not AB ! AB is the brand not the individual! Clearly An AB fan ! Even know about education oh realllyyy,” Brown said back.

To add one more log to the fire, Brown tweeted two pictures of him stiff-arming Weddle when he was on the Pittsburgh Steelers and Weddle was on the Ravens.

Brown has been making noise on social media since he was released by the New England Patriots. He tweeted Sunday he was finished playing football in the NFL.