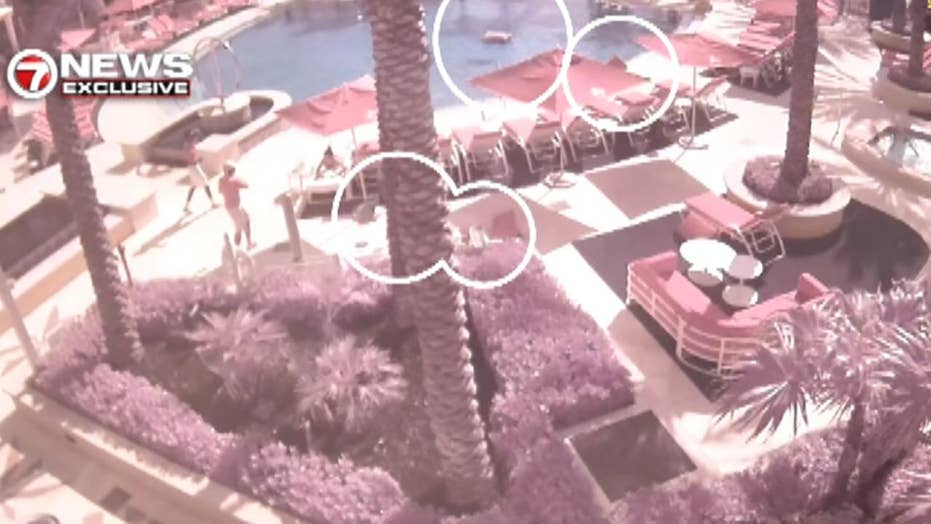 Former New England Patriots wide receiver Antonio Brown appeared in South Florida on Tuesday for a deposition after he was accused of throwing furniture from his condo balcony and trashing his place in April 2018.

Video from the Sunny Isles condo complex, first obtained by WSVN-TV, shows furniture falling from the sky and into the pool and onto the pool deck.

It didn’t appear that anyone was injured in the incident. Video shows workers and sunbathers running for cover as the furniture began to rain down on them.

Acqualina 1402 LLC filed a lawsuit against Brown over the damage caused. George A. Minski, the attorney representing the condo, told WSVN-TV that the free-agent wide receiver tossed the items from the balcony in a fit of rage after he alleged someone had stolen $80,000 from him.

“Our lawsuit is about the damage that was done to the apartment on that day,” Minski told the station. “When police got there, Mr. Brown was extremely agitated and was being restrained by a trainer.”

PATRIOTS WITHHOLD ANTONIO BROWN'S $5 MILLION BONUS PAYMENT, BUT MAY EVENTUALLY HAVE TO PAY UP

Brown’s attorney, Darren Heitner, told the station the matter was a “landlord-tenant issue.” 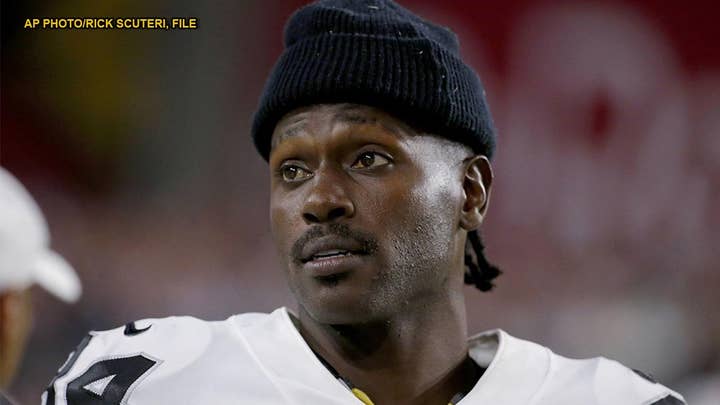 “There hasn’t been a trial at this point in time,” Heitner said. “There’s an allegation out there. It’s a statutory limit of $15,000 and the plaintiff is claiming in excess of that, and we counter-sued as well.”

Brown, who was a Pittsburgh Steeler at the time of the incident, has denied that he tossed the expensive pieces of furniture but Minski claims there was up to $80,000 in damages and the company had to renovate the unit for three months.

Brown had also faced a lawsuit in the same incident. A man sued the wide receiver for throwing the furniture claiming a piece nearly hit his child. That matter was settled out of court.

Brown was released by the Patriots last week after a tumultuous 11-day tenure with the team. He faces a civil lawsuit from a former trainer which accuses him of raping and sexually assaulting her on three separate occasions from 2017 to 2018. He was also accused in a Sports Illustrated story of sexually assaulting a woman and then allegedly sending her intimidating texts.

The NFL star has denied those allegations.