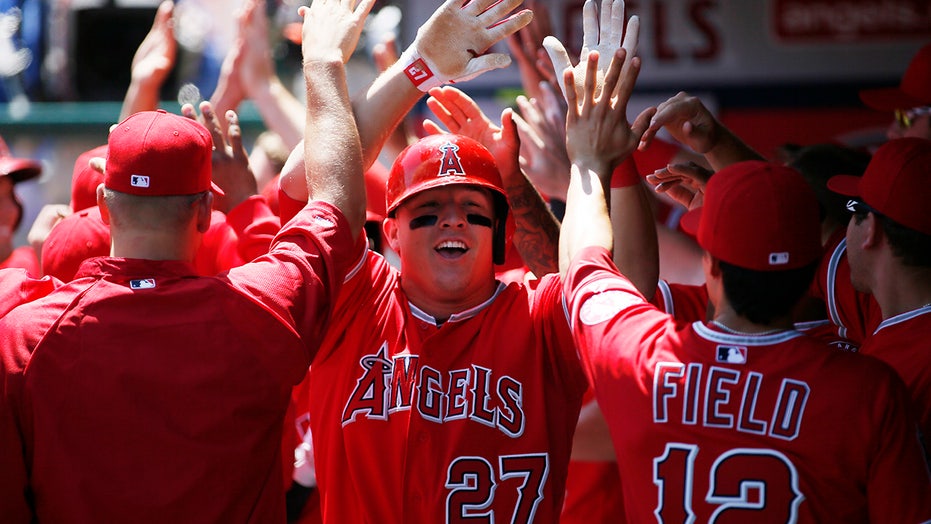 Maybe this might get Mike Trout back into the playoffs.

Major League Baseball is tossing around plenty of ideas these days to start up a shortened season delayed by the coronavirus pandemic — a DH in the National League, neutral-site games, personal rosin bags for pitchers.

Now comes a proposal that would truly upend the sport: Up to 16 playoff teams.

More than half the 30 clubs advance. No need to finish over .500, probably. This skewed season, heck, perhaps 35 wins in 76 games or so could be enough to play into October.

What’s next, the Winnipeg Jets in the World Series?

OK, we’ve heard this before, that an extra wild-card team or two represents the NHL-ization of baseball. But to some, an expansion from 10 playoff clubs to 16 would mean the end of civilization as we know it.

“I think that whatever they come up with this year to play, anything goes. That’s fine,” he said. “But moving forward into next year, I wouldn’t be in favor of that many teams making the playoffs. I don’t think many players would be, either.”

Other sports are accustomed to a plethora of postseason hopefuls.

For Aaron Judge, Clayton Kershaw, Juan Soto and others on elite teams, an expanded playoff field and extra games might make it tougher to bring home the trophy. In its offer to players Monday, MLB didn’t specify how a playoff format would work with as many as eight teams in each league for this year and 2021.

For Josh Bell, Joey Votto, Vladimir Guerrero Jr. and more whose clubs often are way behind, this could be an opportunity. Get off to a surprising 15-6 start in a dramatically shortened season, there’s a chance.

No doubt, a lot of Trout fans wouldn’t mind that. The three-time AL MVP and eight-time All-Star has never won a playoff game in his career — he made it only once, when his Angels were swept by Kansas City in the 2014 Division Series.

Would this definitely lead to subpar clubs in the playoffs?

Put it this way: If eight teams had qualified for the playoffs in each league from 1995 (when wild cards started) through 2019, a total of 46 MLB clubs at or below .500 would have made it, the Elias Sports Bureau said. That’d average out to just under two per season.

Only once has a big league team reached the playoffs with a losing record. George Brett, Willie Wilson and the 1981 Royals went 50-53 overall, but qualified for an expanded postseason because of a 30-23 mark in the second half of a strike-split season.

Veteran skipper Bobby Valentine is OK with extra playoff teams — with a caveat.

“More the better this year,” he wrote in an email to The Associated Press, “but they should have copied the Japanese league.”

Valentine, who managed in Japan, pointed out the early playoff rounds there are hugely tilted. As in, those matchups automatically start at 1-0.

“The winner of the division gets a win in each round in advance. So there is real incentive to play every game hard,” he said. “If it is best-of-three, winner has to win one game. Wild card and other teams need to win two.”

For much of major league history, only the AL and NL pennant winners after the regular season got to advance — straight to the World Series. The postseason field became four in 1969 when division play began, then doubled to eight with wild cards in 1995. In 2012, extra wild cards boosted the playoff field to 10.

“When wild cards first started, I wasn’t sure that I would like it, but I did,” he said. “But I didn’t like having more than one wild card in each league. It was like you played all year, you won (a) wild card, and now we lose one game and we’re out?”

“Beyond this season, talking about 16, I wouldn’t have that many teams in the playoffs,” he said. “You can water it down too much.”