Tucker Carlson and his team jet off to Hungary for a sit-down interview with the country’s prime minister and gives Fox Nation subscribers an inside look at the alleged secret war being waged by billionaire investor George Soros in "Tucker Carlson Originals: Hungary vs Soros: The Fight for Civilization."

In the January 26 episode, available now on Fox Nation, Carlson speaks exclusively with Prime Minister Viktor Orban, who harbors a long and complicated history with Soros. Orban attended Oxford University on a Soros Foundation scholarship before delving into the world of politics. Despite entering university as a Soros protégé, Orban quickly forged his own identity as an anti-communist and Hungarian nationalist, diverging from Soros’ globalist tendencies.

"He is the condensed symbol of everything the Hungarian right hates," Orban tells Carlson.

Orban says Soros, a man with extensive economic and political reach, is the kind of man who never respected the traditions of the Hungarian people. Instead, Soros bolstered his own philosophical and ideological convictions with the goal of forcing them on Hungary and the larger modern world.

Unlike the threat of the Soviets and Ottomans, who had previously invaded the landlocked country, Soros and his armada of non-profit organizations (NGO’s) utilized a more "subtle" form of warfare. Laundering his political opinions through the organizations he financed, Soros had them repeat his messages uncritically and with high levels of aggression in the media around the world, according to Orban. 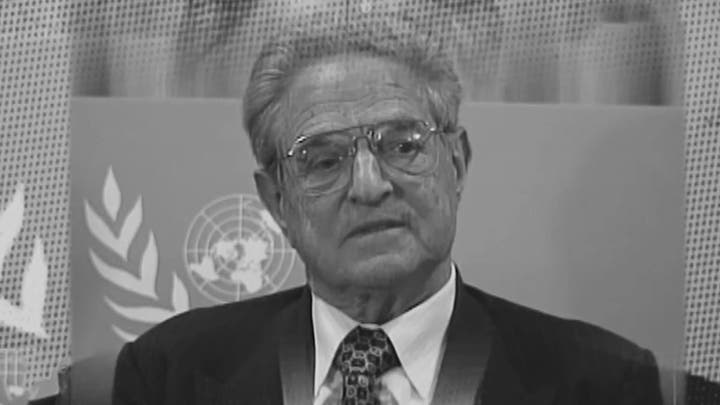 The philanthropist also lobbied European governments directly to get them to open their borders to the impoverished across the world. By August 2017, Europe had received one million asylum applications. Turkey alone hosts 3.6 million Syrian refugees today. Violent crimes, including rape, skyrocketed overnight. Hungary was the only European nation to say no.

According to Carlson, most European Union member states belong to the Schengen Zone, an agreement that allows passage across Europe’s borders for migrants. With Hungary located on the Southern edge of that zone, it is the first country Middle Eastern migrants arrive at.

In 2015 during the European migrant crisis, hundreds of thousands of refugees arrived at the Hungarian border. Unlike the United States under the Biden administration, Viktor Orban had a simple solution—build a barrier and enforce the laws of Hungary. However, global media and foreign nations under the funding of Soros would not let Orban enact his idea of national security without a fight.

In the full episode of "Tucker Carlson Originals: Hungary vs Soros: The Fight for Civilization," Carlson and his team gather footage of Hungary’s capital of Budapest, speaking with citizens and uncovering the depths of Soros’ stranglehold on the European nation.