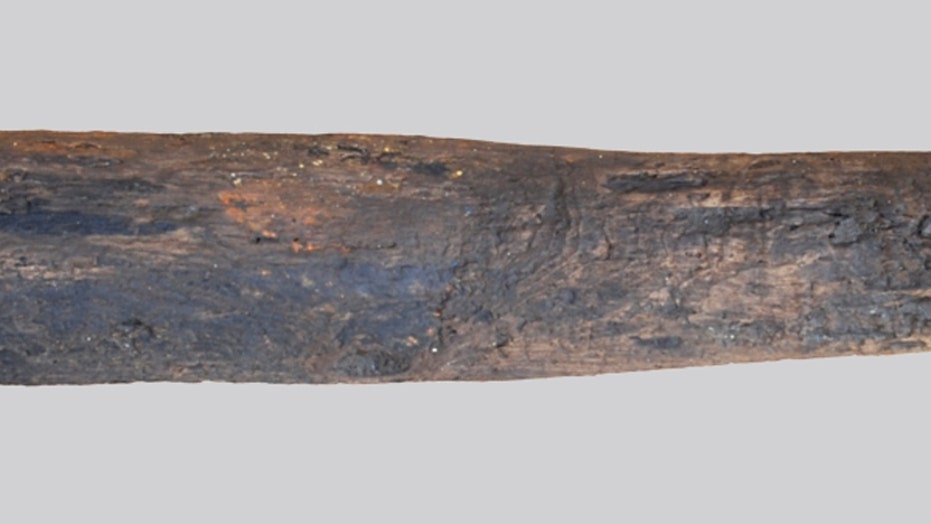 Archaeologists have found a mysterious 2,000-year-old wooden arm at the bottom of an ancient Roman well in England that may have been placed there as an offering to the gods.

The arm was discovered at Warth Park, in Raunds, Northamptonshire. The researchers were surprised to see how well-preserved the arm was, an indication that it may have had some significance.

Archaeological wood specialist Michael Bamforth wrote in his report that the arm "had been finely carved from a single branch, which makes use of a natural curve to form the elbow, and is very well made, as no tool marks are visible on its surface," according to a statement.

A scale illustration of the wooden arm. (Credit: Michael Bamforth)

Bamforth also noted that the hand was "relatively slender and gracile" and may have mimicked the arm and hand of a small adult or adolescent.

"Intriguingly, the upper end of the object has no trace of any jointing, or other methods that could be used to attach the arm to a larger sculpture," the statement added. "Therefore, it seems likely that it was just this specific element of the body, which was represented and singled as being in some way significant for votive deposition."

Bamforth and his team were surprised that the arm was in such good condition, not only because it had been carbon-dated to be from 86 to 240 A.D., but because the well was water-logged.

However, the well was filled in and there was a lack of oxygen inside, which may have contributed, The Sun reports.