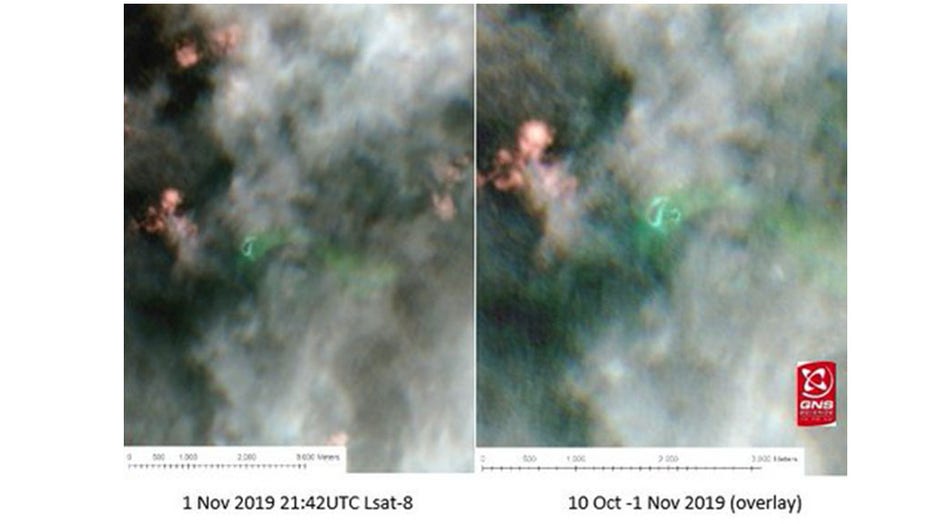 A volcanic undersea eruption has created an island in the Pacific Ocean near Tonga while sinking another small island nearby.

The former island of Lateiki is now submerged, according to the news website Matangi Tonga.  The website reports, citing geologist Taaniela Kula, that the new Lateiki island is about 328 feet wide and 1,312 feet long. The new island appeared 394 feet west of its smaller, now submerged predecessor.

AN ENTIRE HAWAIIAN ISLAND HAS VANISHED BENEATH THE WAVES

On Monday, GeoNet, a collaborative initiative between the New Zealand government’s Earthquake Commission and GNS Science, tweeted out satellite images of the area.

An overlay of satellite images of the area. The image on the right shows the relative positions, in green, of the new, larger island and its smaller, now submerged, successor. (GeoNet/GNS/Landsat-8/NASA/USGS)

“Since mid-Oct we’ve been tracking the #Lateiki (#Metis Shoal) #eruption with satellite imagery. By Nov 1 an elongated island has appeared at the main focus of activity,” it said.

The “1995 dome,” or the former Lateiki island, “appears to have gone,” it explained.

An overlay composite image of satellite pictures taken over a number of years shows the relative positions of the new and former Lateiki island.

Last year an entire Hawaiian island vanished beneath the waves in the wake of Hurricane Walaka.