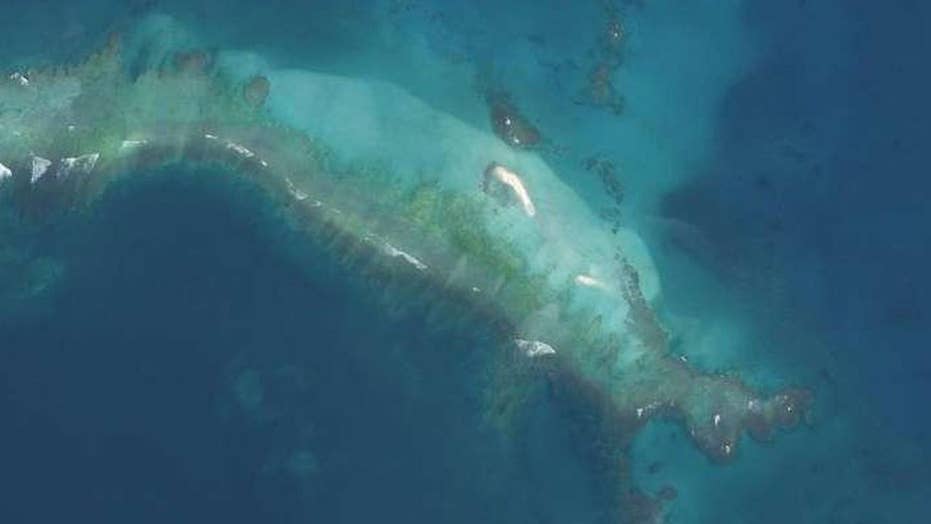 An entire Hawaiian island has vanished under the waves in the wake of Hurricane Walaka.

East Island, which is part of the Papahanaumokuakea Marine National Monument and serves as a critical habitat for endangered Hawaiian monk seals and sea turtles, was basically washed away earlier this month, federal officials said Monday.

“I had a holy s--t moment, thinking ‘Oh my God, it’s gone,’” Chip Fletcher, a University of Hawaii climate scientist, told Honolulu Civil Beat. Fletcher added that it's another issue "in the wall of the network of ecosystem diversity on this planet that is being dismantled.”

ALIENS COULD BE HIDING ON MARS LIVING IN BRINY WATER, RESEARCH SAYS

Hurricane Walaka, one of the most intense Pacific storms ever, reached Category 5 in early October with maximum sustained winds of 160 mph and an extremely strong storm surge.

Fletcher, who was doing research in July on East Island, told the news outlet he figured the tiny island would be underwater eventually but thought it would take a few decades for rising seas to eliminate it.

The climate scientist and his colleagues had a permit to fly a drone over East Island earlier this summer.

It's unknown if East Island, which hosted a U.S. Coast Guard station until 1952, will ever return or what will happen to the displaced animals. Another of the French Frigate Shoal islets, Whale-Skate Island, eroded until it was completely submerged in the 1990s and it has not returned.

Charles Littnan, a conservation biologist with the National Oceanic and Atmospheric Administration, said about one-seventh of the world's endangered Hawaiian monk seals were born in French Frigate Shoals, half on East Island.

In the wake of this news, environmentalist Bill McKibben tweeted that "we're going to see a lot of these stories in the years ahead."