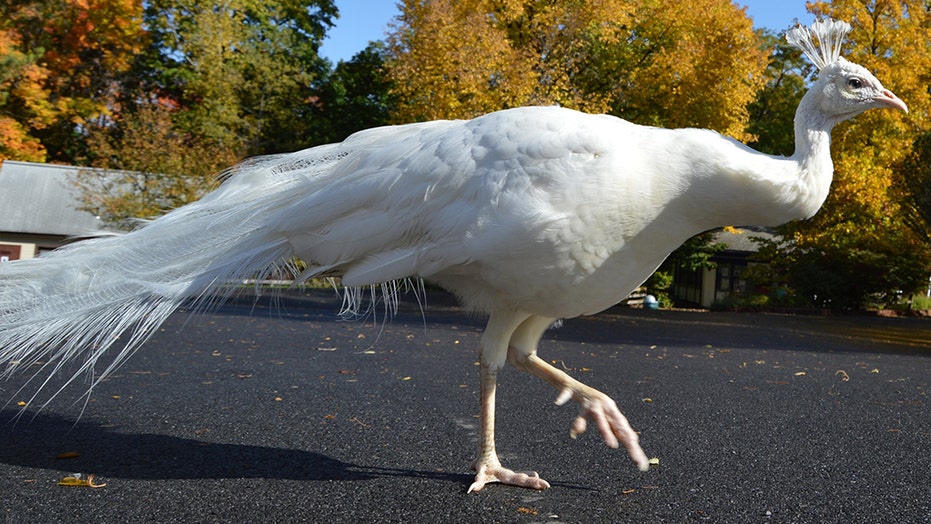 A beloved peacock at a New York state zoo died on Wednesday after it was killed during a run-in with a lion, zoo officials said.

Merlin, who had been at the Utica Zoo since 2006, was roaming around the grounds at approximately 10 a.m. when he flew over a fence and into the African Lion exhibit. Unable to fly out, Merlin was captured by a lion.

Zoo officials stressed that no one was in harm's way during the incident.

The zoo mourned the white adult male peacock's passing on Facebook, detailing how the bird "spent his days roaming the grounds of the Zoo."

"He was regularly seen window shopping in front of the Gift Shop, relaxing in bamboo gardens, or calling out to his companions from high within the treetops," the post read. "Merlin would also regularly join Keeper staff in the Eagle View Pavilion at lunchtime. "

Merlin "was a visitor favorite" who often displayed "his pure white plumage for all to see," the Utica Zoo said. "His distinct white feathers could be seen around the Zoo, providing an unexpected souvenir for visitors."

The peacock "will be dearly missed by everyone at the Zoo," they added.