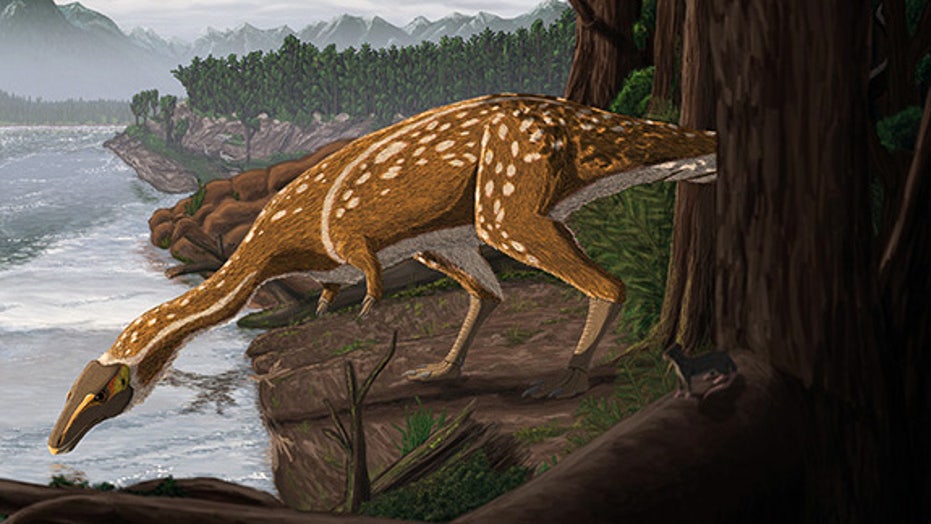 An unusual “toothless” dinosaur has been identified by paleontologists in Australia.

The dinosaur, an elaphrosaur, roamed Australia 110 million years ago, according to a statement released by the Swinburne University of Technology.

A bone from the dinosaur was discovered by volunteer Jessica Parker during a dig in Victoria in early 2015. Initially thought to be from a pterosaur, the neck bone was studied by experts at Swinburne University who realized that it was from a theropod or meat-eating dinosaur. “The only catch – this ‘meat-eating dinosaur’ probably didn’t eat meat!” said Swinburne paleontologist Dr. Stephen Poropat, in the statement.

The bone matches a group of theropods called elaphrosaurs or ‘light-footed lizards.'

A paper on the research is published in the journal Gondwana Research.

Australia is no stranger to dinosaur discoveries. In 2019, for example, researchers discovered the fossilized remains of a herd of dinosaurs in an opal mine in the Australian outback.