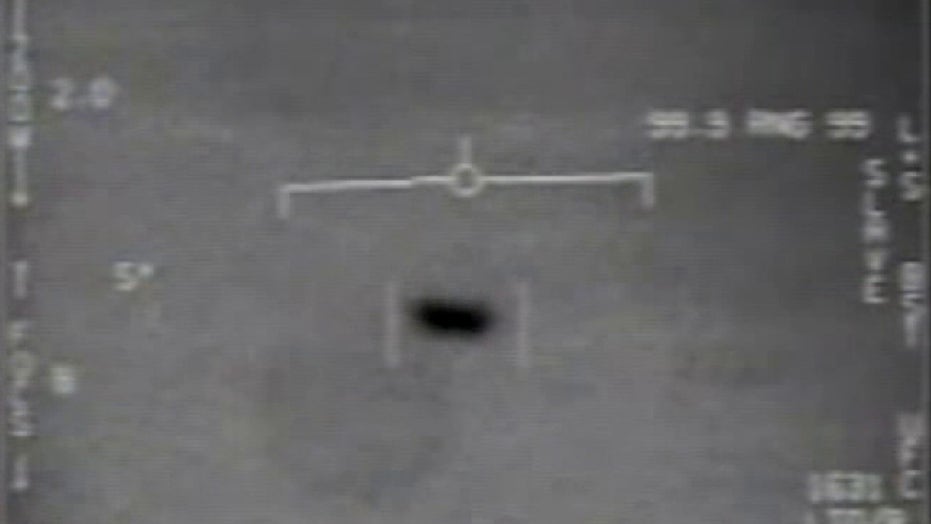 Raw video: The UFOs were spotted in 2004 and 2015 prior to the footage being unclassified by the Pentagon.

The Pentagon on Monday released unclassified footage showing "unidentified aerial phenomena" captured by Navy aircraft that had circulated in the public for years.

The videos showing the UFOs were initially released by the Stars Academy of Arts & Science in 2017 and 2018 and were acknowledged by the Navy. One was taken in November 2004 and the other two were captured in January 2015.

"After a thorough review, the department has determined that the authorized release of these unclassified videos does not reveal any sensitive capabilities or systems, and does not impinge on any subsequent investigations of military air space incursions by unidentified aerial phenomena," said Pentagon spokesperson Sue Gough.

JOSE CANSECO SAYS HE IS LOOKING FOR BIGFOOT AND UFOS

"DOD is releasing the videos in order to clear up any misconceptions by the public on whether or not the footage that has been circulating was real, or whether or not there is more to the videos,” Gough added. “The aerial phenomena observed in the videos remain characterized as ‘unidentified.’”

The 2004 incident occurred 100 miles out into the Pacific Ocean when two Navy pilots on a training mission were dispatched to investigate objects being tracked by a Navy cruiser for two weeks prior. The pilots found one oval-shaped aircraft hovering 50 feet above the water that quickly descended and fled when they moved closer.

"It accelerated like nothing I’ve ever seen,” one pilot told the New York Times.

When they were on their way to their rendezvous point 60 miles away, they were radioed by the ship that the object had been was there and had traveled the distance in less than a minute.

“Sir, you won’t believe it,” the radio operator said, “but that thing is at your cap point.”

The two other videos captured objects moving swiftly through the air.

Former Sen. Harry Reid, D-Nev., said the footage "scratches the surface of research and materials" made available by the Pentagon.

"I’m glad the Pentagon is finally releasing this footage, but it only scratches the surface of research and materials available," Reid tweeted Monday. "The U.S. needs to take a serious, scientific look at this and any potential national security implications. The American people deserve to be informed."

The former lawmaker has been a vocal supporter of investigating UFOs. At his urging, the Defense Department secretly created a program more than a decade ago to investigate UFO sightings.

Last year, the Navy overhauled its process to allow pilots to report sightings in an effort to destigmatize the reporting of them.

"There have been a number of reports of unauthorized and/or unidentified aircraft entering various military-controlled ranges and designated air space in recent years," the Navy said at the time. "As part of this effort, the Navy is updating and formalizing the process by which reports of any such suspected incursions can be made to the cognizant authorities."

President Trump said he was briefed on Navy pilots reported sightings of UFOs but remained skeptical.

"I was struck in the last few couple of weeks, we're reading more and more reports of Navy pilots seeing lots and lots of UFOs," ABC News' George Stephanopoulos said to Trump during an interview in the Oval Office last year. "Have you been briefed on that? What do you make of it?"

"I want them to think whatever they think," Trump replied, referring to the Navy pilots. "I did have one very brief meeting on it. But people are saying they’re seeing UFOs. Do I believe it? Not particularly."