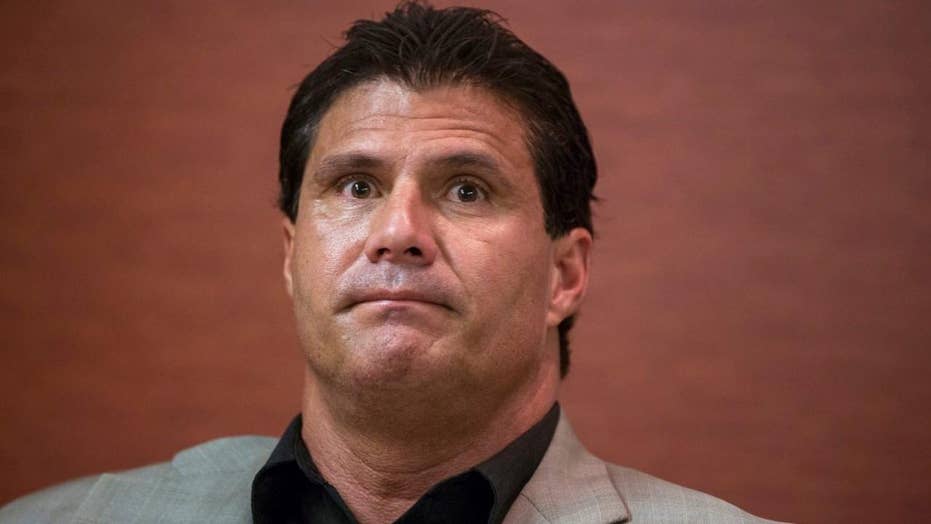 Jose Canseco says he is searching for Bigfoot and UFOs

MLB legend Jose Canseco says he is looking for Bigfoot and UFOs. He plans on launching a ‘Bigfoot and alien excursion.’

Ex-baseball player Jose Canseco has officially joined the group that believes "the truth is out there" and is on the hunt for UFOs and Bigfoot.

The eccentric and controversial Canseco, who has a long history of making wild and outlandish comments on Twitter, said he was launching a "Bigfoot and alien Excursion," listing a phone number for contact. Fox News called the number and a message said the mailbox was full and no more messages could be left.

However, the trip does appear to be real, according to the Las Vegas Review-Journal. The news outlet spoke to Canseco's manager and girlfriend Morgan Strelow, who said that the trip was a real thing and would be limited "to five lucky individuals" for the low, low price of $5,000.

As if the proposed excursion wasn't enough to make people's heads explode, Canseco tweeted that he wants people to step into his "Twilight Zone the world of Pure Imagination," an obvious reference to Willy Wonka.

He also said that people should "spend the day with me and my alien Buddies I'll show you Bigfoot and a real alien" and that if he were president (presumably of this country), he would "give citizenship to aliens and Bigfoot."

Canseco has a lengthy history of altercations off the diamond, including admitting to using performance-enhancing drugs and accidentally shooting himself while cleaning his gun, among a number of other transgressions. He also and a number of other run-ins with the law, including hitting his ex-wife Jessica in 1992 (he pleaded no-contest) and, later, allegations of rape.

In 2013, Canseco broke the rape allegation himself on his Twitter feed and the Las Vegas police confirmed he was a suspect, though he was never formally charged and cleared of any wrongdoing after an investigation.