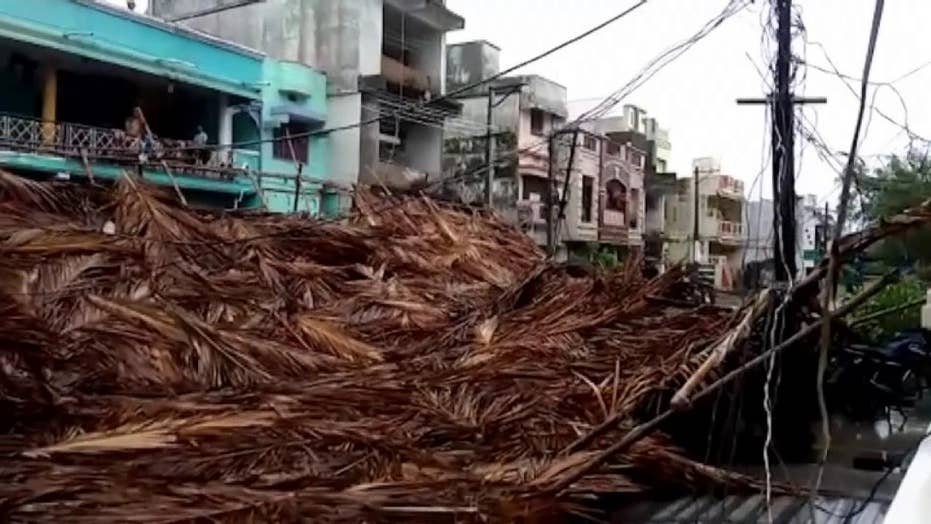 A range of "transformative changes" -- like a revamped food production system and reworked financial sector -- are needed to save nature and humanity from climate change and other threats, according to a soon-to-be-released report.

The report's findings, detailed in a draft obtained by AFP, represent the first United Nations assessment on the state of nature in 15 years and the work of 400 scientists:

One million of Earth's estimated 8 million species face extinction, many within decades. All but 7 percent of major marine fish stocks are in decline or exploited. Humans are dumping up to 400 million tons of heavy metals, toxic sludge and other waste into oceans and rivers each year. Since 1990, Earth has lost 7.1 million acres -- an area more than eight times the size of Germany or Vietnam -- of forests that help to absorb CO2 emissions from the atmosphere.

According to the forthcoming report, shrinking habitats, land-use change and climate change are some of the main causes of nature's degradation.

"There are also two big indirect drivers of biodiversity loss and climate change -- the number of people in the world and their growing ability to consume," Robert Watson, chair of the Intergovernmental Science-Policy Platform on Biodiversity and Ecosystem Services (IPBES), told AFP.

The 1,800-page report, discussed during week-long negotiations in Paris, is set to be publicly unveiled May 6.

"Feeding the world in a sustainable manner entails the transformation of food systems," the report notes.

Although the report makes for upsetting reading and does not offer specific policy recommendations, it does map out several different scenarios for the future.

Hundreds of students took part in the School Strike for Climate in New York City, joining over 500 events worldwide. The students held a rally and perform a die in outside City Hall to bring attention to Mayor De Blasio's inaction to declare a climate emergency. (Photo by Erik McGregor/Pacific Press/LightRocket via Getty Images)

One, labeled "reformed markets," would provide for more programs aimed at eliminating poverty and protecting the environment, with consumer demand remaining at its current level. Another, called "global sustainable development," would see politicians and the general public prioritize environmental issues and stringent regulations to promote more sustainable consumption and a way to measure progress based on well-being, not just GDP.

“There is no question we are losing biodiversity at a truly unsustainable rate that will affect human wellbeing both for current and future generations,” Watson told The Guardian. “We are in trouble if we don’t act, but there are a range of actions that can be taken to protect nature and meet human goals for health and development.”