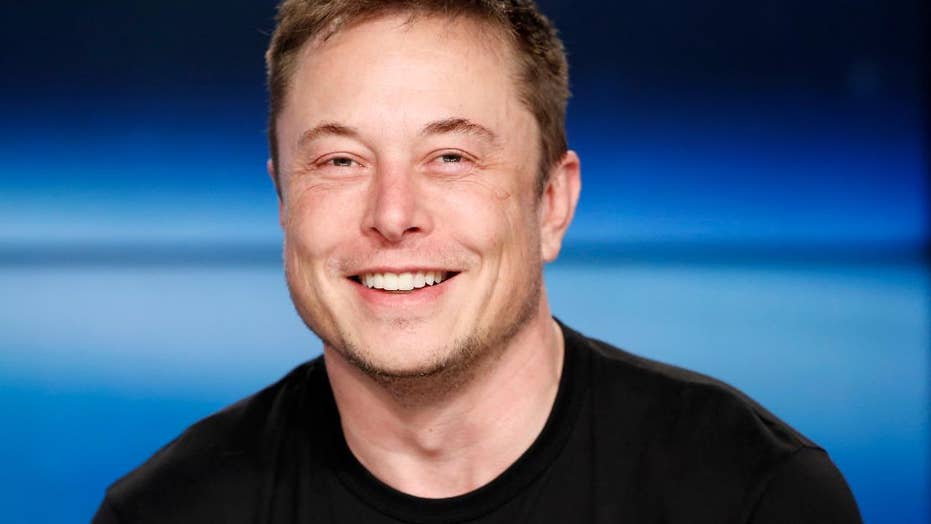 Elon Musk reportedly has a net worth over $20 billion. The serial business entrepreneur is behind SpaceX, Tesla, PayPal. Here’s a closer look at Musk’s many ventures and projects.

SpaceX on Tuesday launched one of the world’s most powerful rockets: the Falcon Heavy.

After a delay, the successful liftoff took place at 3:45 p.m. ET at the Kennedy Space Center in Florida.

With 27 engines, the Falcon Heavy can “lift into orbit nearly [141,000 pounds] – a mass greater than a 737 jetliner loaded with passengers, crew, luggage and fuel,” according to SpaceX. It can also lift twice the payload of the Delta IV Heavy at one-third the cost, SpaceX added.

Why should you care? The successful launch could give astronauts another chance to visit the moon. Plus, it increases the likelihood that humans could make it to Mars, SpaceX claims.

“Falcon Heavy was designed from the outset to carry humans into space and restores the possibility of flying missions with crew to the Moon or Mars,” according to SpaceX.

While the Falcon Heavy might be the latest venture for SpaceX and Tesla CEO Elon Musk, it’s not the only thing on the drawing board.

Speaking of Mars, Musk further detailed his plans to colonize the Red Planet during an interview with The Washington Post in June 2016. He also released additional details on a Reddit forum in 2017.

Essentially, cars will drive onto a platform that’s located above ground. Then the car, which is situated on the platform, will go underground into the tunnels. The platform, also known as a “skate,” “would then “shoot through the tunnel, carrying the car at a speed of 130 mph,” according to Fast Company.

The idea was sparked when Musk was contemplating ways to alleviate traffic jams primarily in Los Angeles.

The Boring Company released a video in April 2017 to demonstrate how the system would work.

In another futuristic project, Musk’s Boring Company is allegedly working on an underground, high-speed, low-pressure transportation system. The system, known as Hyperloop, would use underground tubes to shoot passenger-carrying pods to New York, Philadelphia, Baltimore or Washington, D.C.

Musk claimed in a July 2017 tweet that the system could transport passengers from New York to D.C. in 29 minutes.

In October 2017, Maryland gave Musk permission to start digging tunnels for the project.

In February 2017, SpaceX announced that two private citizens would fly around the moon in late 2018 using the Falcon Heavy rocket.

The two citizens, who are currently unnamed, “have already paid a significant deposit to do a Moon mission,” SpaceX said in a press release at the time.

Musk has previously declined to say how much the two people paid. But The Verge estimated that the trip could cost the SpaceX tourists millions of dollars.

Looking for a new roof? Tesla has you covered.

In October 2016, Tesla announced its Solar Roof product -- an environmentally conscious,  sleek option for homeowners who want to use solar power but don’t want large panels populating their roof. Tesla claims you can’t tell the difference between the solar shingles and regular ones.

The company also says the solar shingles are three times stronger than typical roofing tiles, and Musk has previously said it costs less than a standard roof (Telsa's model would cost $21.85 per square foot instead of $24.50), though some have argued the roof’s upfront cost is still a bit pricey.

Musk is a supporter: he was one of Tesla Solar Roof’s first customers.