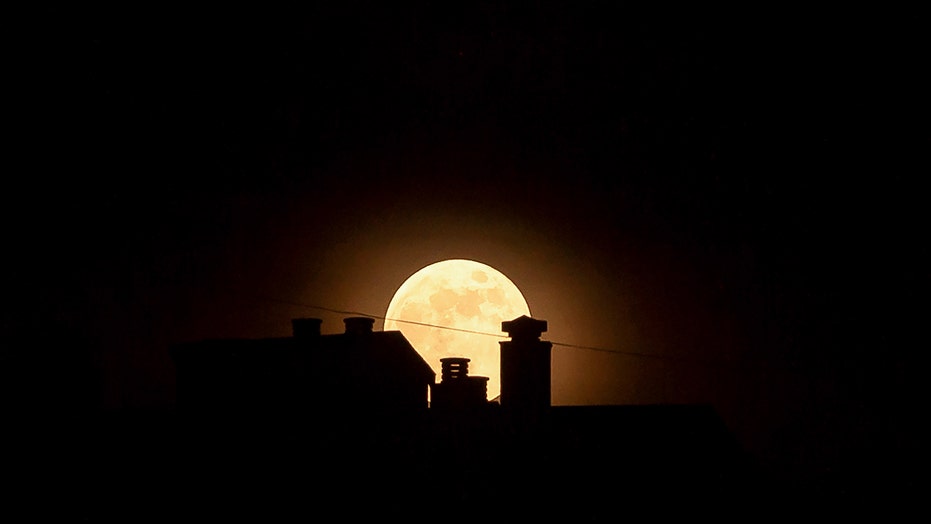 Across the globe, skywatchers have been enjoying the stunning June full moon or strawberry moon.

The moon became full at 3:12 p.m. ET Friday and will appear full into early Sunday morning, NASA explains, on its website.

“This moon is named Strawberry Moon as a reference to the time of harvesting strawberries in North America, originally from Native American tribes who used the moon as an indicator of when the fruit would be ripe,” explained Zoltan Toth-Czifra, founder of Under Lucky Stars, in a statement emailed to Fox News.

Toth-Czifra also noted that a reduction in pollution as a result of coronavirus lockdowns will help skywatchers looking for the best possible view of the strawberry moon.

The strawberry full moon, as part of a penumbral lunar eclipse, is seen silhouetted in Malaga, Spain, on June 5, 2020 (Photo by Jesus Merida/SOPA Images/LightRocket via Getty Images)

“In the current climate, a lower than average level of pollution combined with a good weather forecast means the view will be even clearer,” he explained. “As always, the moon will affect the Earth's ocean, and the extra gravitational pull means we should brace ourselves for some spectacular tides worldwide."

While skywatchers in places such as Malaga, Spain, and the U.K. saw the strawberry moon in all its glory, rain and cloud in New York City obscured the celestial event on Friday night. The moon, however, was clearly visible on Saturday.

The strawberry full moon, as part of a penumbral lunar eclipse, rises over the horizon as a man sits at Malagueta beach in Spain, June 5, 2020. (Photo by Jesus Merida/SOPA Images/LightRocket via Getty Images)

NASA notes that the June full moon was also known historically as the mead moon or honey moon in Europe.

The June full moon may also be linked to the phrase “honeymoon,” according to the Old Farmer’s Almanac.

“In the past, June has been the most popular month for weddings, leading some to suggest that the Moon’s honey-colored appearance in June was the origin of the ‘honeymoon’ phrase,” it explains on its website. “Nowadays, however, the most popular wedding months are August, September, and October, plus a little research shows that the Moon’s color never did have anything to do with that expression.”

The strawberry moon, however, is not a supermoon. The May full moon, known as the flower moon, was the last supermoon of 2020.