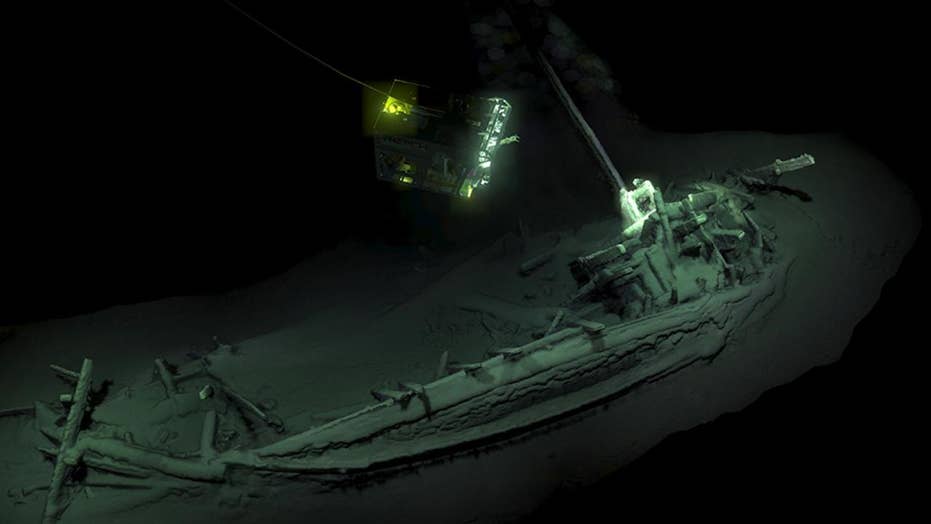 Researchers have discovered what they say is the world’s oldest intact shipwreck at the bottom of the Black Sea. Until now, the ship had only been seen on pottery.

Researchers have discovered what they say is the world’s oldest intact shipwreck at the bottom of the Black Sea.

The Black Sea Maritime Archaeology Project announced the discovery of an ancient Greek trading vessel off the coast of Bulgaria at a depth of 1.2 miles. Their experts spent three years surveying over 772 square miles of the Black Sea before the great find.

"A ship, surviving intact, from the Classical world, lying in over 2 km [1.2 miles] of water, is something I would never have believed possible," said project co-lead Professor Jon Adams, of the U.K.'s University of Southampton, in a statement. "This will change our understanding of shipbuilding and seafaring in the ancient world."

Oxygen-free conditions in the water have preserved the ship, which the group says has been carbon-dated to more than 2,400 years ago. "The Black Sea is considered to be one of the world’s finest underwater laboratories due to the anoxic (un-oxygenated) layer which preserves artifacts better than any other marine environment," explains the Project on its website. The conditions can preserve material for thousands of years.

The vessel’s design had previously been seen only on ancient Greek pottery, such as the "Siren Vase" in the British Museum in London.

The shipwreck was discovered in late 2017, archaeologists confirmed Tuesday.

The ambitious project, which involved maritime archaeologists, scientists and surveyors, aims to unlock the mysteries of the Black Sea.

Experts have used technology previously available largely to oil companies in their research. It has discovered over 60 shipwrecks, including a 17th-century Cossack raiding fleet and Roman trading vessels carrying amphorae.

A documentary on the project has opened at the British Museum in London on Tuesday.