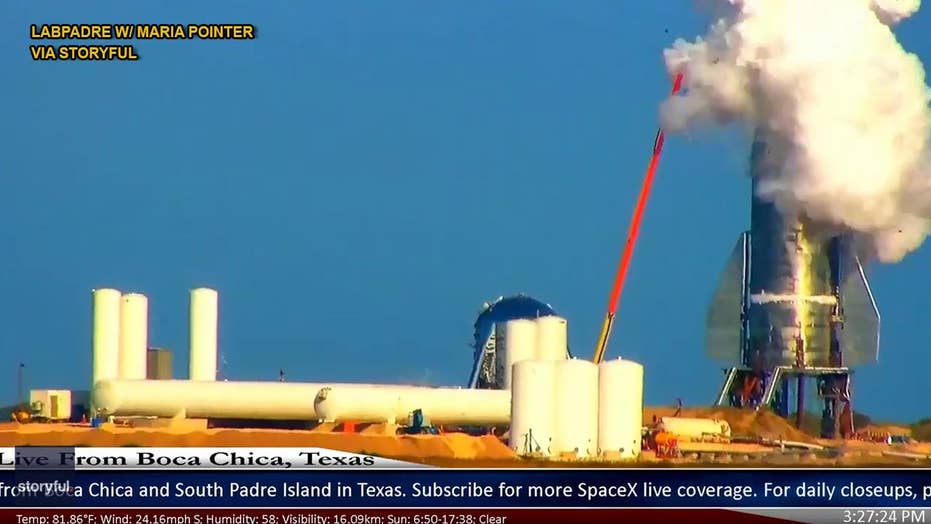 During a pressure test at the testing site in Boca Chica, Texas, the SpaceX prototype Starship Mk1 partially exploded, with the top being blown off and engulfing the complex in cryo fluid. SpaceX CEO Elon Musk indicated that the company will now move on to more advanced Starship prototypes for future tests, as opposed to repairing the Mk 1 prototype.

A prototype of SpaceX’s Starship partially exploded during a test on Wednesday.

Video from the test site in Boca Chica, Texas,  shows the top blowing off the top of the Mk 1 prototype during the pressure test. “You can see the top shot up almost 500 feet! Cryo fluid engulfed the complex,” said streaming site LabPadre, which covered the test, in a YouTube post.

LabPadre noted that the anomaly occurred at 3:27:22 p.m. local time.

SpaceX CEO Elon Musk indicated that the company will move on to more advanced Starship prototypes for future tests, as opposed to repairing the Mk 1 prototype. “This had some value as a manufacturing pathfinder, but flight design is quite different,” he tweeted.

SpaceX’s Starship spacecraft and Super Heavy Rocket are collectively referred to as Starship. The spacecraft and its booster represent “a fully reusable transportation system designed to carry both crew and cargo to Earth orbit, the Moon, Mars and beyond,” according to the company.

The Mk 2 Starship is already under construction at SpaceX facilities in Florida, according to Space.com. Citing information provided by SpaceX representatives earlier this year, the news outlet reported that the final, operational version of Starship could be launching satellites into Earth orbit as soon as 2021.

Earlier this week, NASA announced it had selected SpaceX's Starship, Blue Origin's Blue Moon and three other commercial lunar lander companies to bid on proposals for its Artemis Moon program.