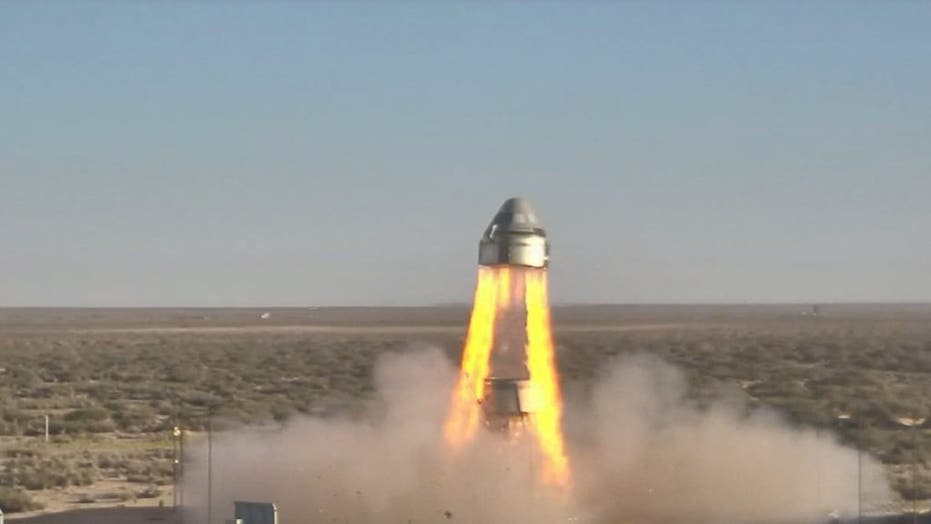 Boeing’s Starliner capsule that will eventually take astronauts into space completed a key abort test Monday when it soared for almost a mile before parachuting back into the New Mexico desert.

No astronauts were on board the capsule for Monday morning’s test of the crew abort system, just a test dummy. The abort system will provide a fast getaway for the three astronauts if there's an emergency on the Florida pad or in flight.

Boeing plans to launch the Starliner to the International Space Station next month without a crew. The Starliner capsule will be launched atop a United Launch Alliance Atlas V rocket.

“[Boeing Space's] Starliner spacecraft soared through a critical safety milestone in a major test of its launch abort system this morning. Lots of data analysis ahead, but we are one big step closer to flights with crew!” tweeted NASA.

Only two of the three main parachutes deployed, but NASA said astronauts would have been safe if aboard. The test took place at the U.S. Army’s White Sands Missile Range.

“The test team and spacecraft performed flawlessly,” said Boeing’s Starliner Program Manager John Mulholland in a statement. “Emergency scenario testing is very complex, and today our team validated that the spacecraft will keep our crew safe in the unlikely event of an abort.”

In this image made from a video provided by NASA Boeing tests the launch abort system of the Starliner capsule in White Sands Missile Range in New Mexico on Monday, Nov. 4, 2019. (NASA via AP)

“With 190,000 pounds of thrust, the spacecraft quickly pushed up and away from the test stand, showcasing how fast the system can whisk crews away from danger if necessary,” the company explained in the statement. “The vehicle flew nearly a mile in just under 20 seconds before deploying its forward heat shield and parachutes.”

“Did you see [Boeing Space] Starliner critical safety test this morning? Back on the East Coast, ULA technicians are beginning to assemble #AtlasV that will launch #Starliner,” tweeted United Launch Alliance Monday.

After blasting into the sky from the Baikonur Cosmodrome in Kazakhstan, a problem with the separation of first and second stage booster rockets forced Hague and Ovchinin to make a dangerous “ballistic re-entry” into Earth’s atmosphere.