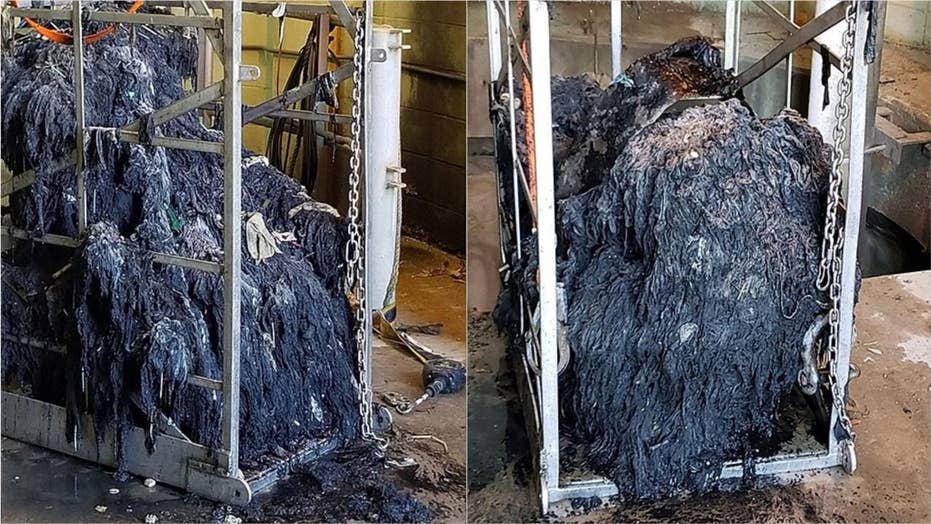 The Charleston Water System in South Carolina shows just how destructive flushing wipes can be.

Officials with the Charleston Water System in South Carolina were caught in a smelly situation last week. They had to send scuba divers roughly 80 to 90 feet down into “raw sewage” Thursday to clear heaping piles of wipes that clogged the system.

“You know wipes clog pipes, right? If not, baby wipes clogged a series of large pumps at our Plum Island Wastewater Treatment Plant on Thursday afternoon,” the Charleston Water System wrote on Twitter, adding “we worked 24/7 to get them out.”

Divers swam through “wet/raw sewage" in "complete darkness," using their hands to find the source of the obstruction.

“As we expected, they came up with these large masses of wipes in their first two loads, with more to come,” officials with the water system wrote, adding divers also removed a baseball and a “big piece of metal."

“Don't flush stuff like this,” officials warned. “Joking of course, but you should only flush #1, #2, and toilet paper.”

“How many showers would one have to take to feel clean after this mission?” one man asked. “The folks who carried this out are remarkably dedicated.”

The Charleston Water System responded by saying the drivers are hosed down with “straight bleach” before they are able to remove the dive suit.

Unlike toilet paper, wipes have trouble breaking apart after they are flushed, causing serious damage to city sewer systems, The Atlantic reported in 2016. The issue prompted one Minnesota city to file a lawsuit against major consumer goods companies, including Procter & Gamble, in 2015, according to the publication.

These wipes aren’t just impacting sewer systems in the U.S. A 2017 study reported by The Guardian found blockages cost the U.K. more than $130 million each year.