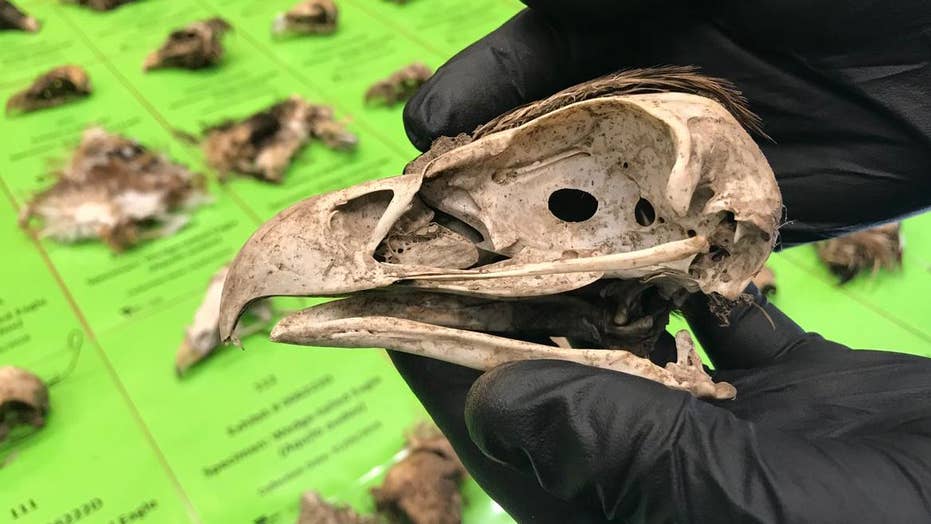 Australian authorities charged a man after the carcasses of 137 spread-tailed eagles were found hidden on a farm. The man is accused of poisoning the protected species.

A man has been charged in Australia following the deaths of at least 137 wedge-tailed eagles, according to news reports.

The man allegedly used poisoned baits to kill the birds of prey in the state of Victoria in south-eastern Australia, according to the BBC. Citing a spokeswoman for the Department of Environment, Land, Water and Planning (DELWP), the Weekly Times reports that the mass poisoning occurred between October 2016 and April 2018.

The wedge-tailed eagle, or Aquila audax, is Australia’s largest bird of prey. The eagles, which have wingspans up to 7.5 feet, are a protected species in Australia.

Authorities have not discussed a possible motive.

One of the dead eagles (DELWP)

On June 6, police posted on Facebook that DELWP-authorized officers and other agencies were investigating the death of a number of wedge-tailed Eagles and four other protected species of bird on farmland in East Gippsland, Victoria.

On June 12, DELWP Victoria confirmed that the carcasses of 136 wedge-tailed eagles were found hidden throughout the property in bushland and scrub. “We believe numbers may be higher than what we seized,” officials said.

Australian authorities have taken steps to prevent other attacks on protected species such as the wedge-tailed eagle.

File photo of a wedge-tailed eagle on the Peron Peninsula in Western Australia (Photo by: Auscape/UIG via Getty Images)

“We've doubled the number of front line forestry and wildlife compliance officers to crack down on any criminal acts and protect our threatened species,” tweeted Lily D’Ambrosio, Australia’s Minister for Energy, Environment & Climate Change this week.