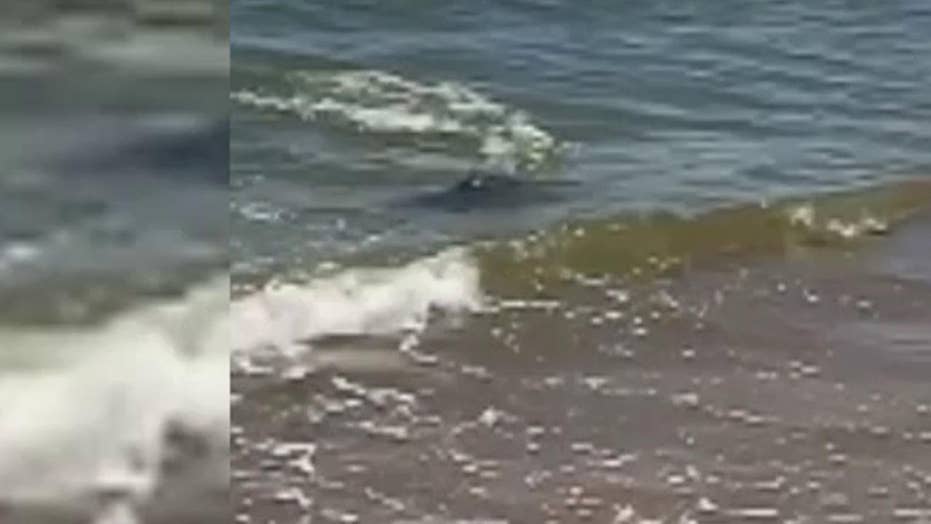 Man visiting North Carolina beach reportedly took a video of what he believed to be a shark swimming through shallow water on Bald Head Island.

A man visiting a North Carolina beach reportedly snagged a video of what he believed to be a shark swimming and splashing through shallow water.

Derek Wragge, who recorded the clip while at Bald Head Island on Saturday, told WECT that the animal appeared shortly after he got out of the water.

“It’s only ankle deep as you can see,” Wragge told the outlet.

In the video reportedly posted to Snapchat with the caption, “LEGIT SHARK!!!! Look!!!” the animal is seen darting back and forth beneath the waves close to the shoreline.

“Tell everyone to look for fins,” he told the outlet. “For real. It’s the only way to spot them. And be safe!”