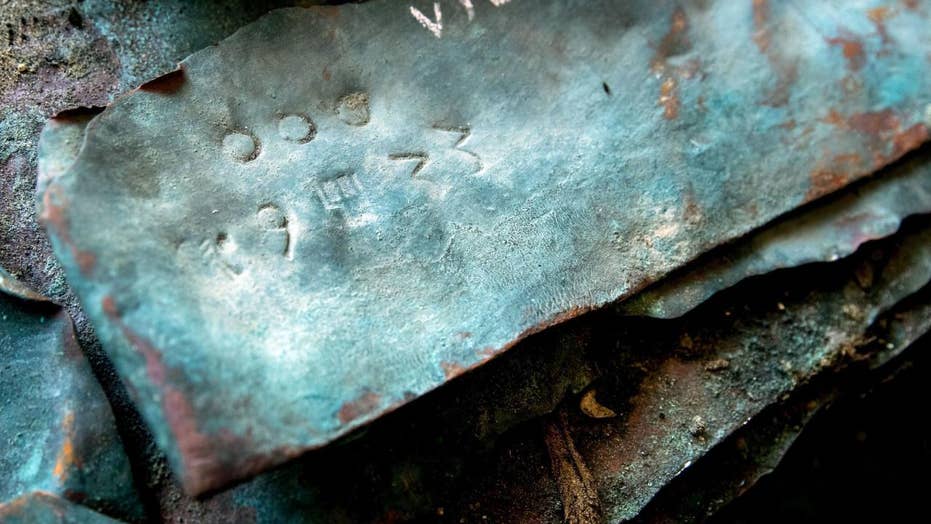 A search for lost sea containers has led to the discovery of a 16th-century Dutch shipwreck.

A search for shipping containers that fell off a merchant ship during a storm earlier this year led to the discovery of a historic 16th-century shipwreck.

The giant container ship MSC Zoe lost more than 270 containers in January as it sailed from Portugal to the German port of Bremerhaven. While some containers and cargo washed up on German and Dutch beaches, authorities have also been searching the ocean for the missing freight. As a result, they've uncovered the oldest shipwreck ever found in Dutch waters.

Analysis of the ship’s timbers indicates that the vessel was built in the Netherlands around 1540, according to Holland’s National Office for Cultural Heritage. The wood used for the beams was felled in 1536, experts said.

“The wooden beams appear to come from a ship with a smooth hull, probably 30 meters [98.5 feet] long,” explained the agency in a statement translated from the Dutch.

The ship was transporting copper plates when it sank. Plates recovered from the wreck site bear the name of the Fugger family, a German mercantile and banking dynasty that held a monopoly on copper production in the 16th century.

Officials say that the discovery is of high cultural and archaeological importance.

“This find can rightfully be called a lucky accident,” said Holland’s Minister of Education, Culture and Science Ingrid van Engelshoven, in the statement. “I am very curious about what information will be revealed. That is also the beauty of archeology: it stimulates your curiosity and imagination.”

Holland’s National Office for Cultural Heritage will be conducting further research on the shipwreck, according to officials.

Other shipwrecks around the world have also been garnering attention. Archaeologists in Egypt recently discovered the wreck of an extremely rare vessel that traveled the Nile around 2,500 years ago, solving an ancient puzzle.

In another project, an anchor from a treasure-laden 17th-century shipwreck has been found off the coast of the U.K.

The wreck of World War II aircraft carrier USS Wasp was also recently discovered in the Coral Sea more than 70 years after the ship was sunk during the Guadalcanal campaign. In recent months, the same team also located the wrecks of the USS Hornet, and Imperial Japanese Navy ship Hiei, one of the first Japanese battleships to be sunk by U.S. forces during World War II.

Volunteers clean up the coastline after goods from shipping containers of the vessel MSC Zoe washed up on the shores of Schiermonnikoog island, on Jan. 4, 2019. The MSC Zoe, which was mostly carrying toys, furniture and auto parts, lost the containers late on January 1, 2019, while battling a storm off the Frisian Islands, an archipelago off the northwestern Dutch coast also known as the Wadden Islands. (REMKO DE WAAL/AFP/Getty Images)

Set up by the late billionaire Paul Allen, the research organization made its biggest find in 2017 when it discovered the long-lost wreck of the USS Indianapolis in the Philippine Sea.

Last year, the remains of the famous Revolutionary War frigate USS Bonhomme Richard were discovered off the coast of the U.K., more than 200 years after it sank following a naval battle.