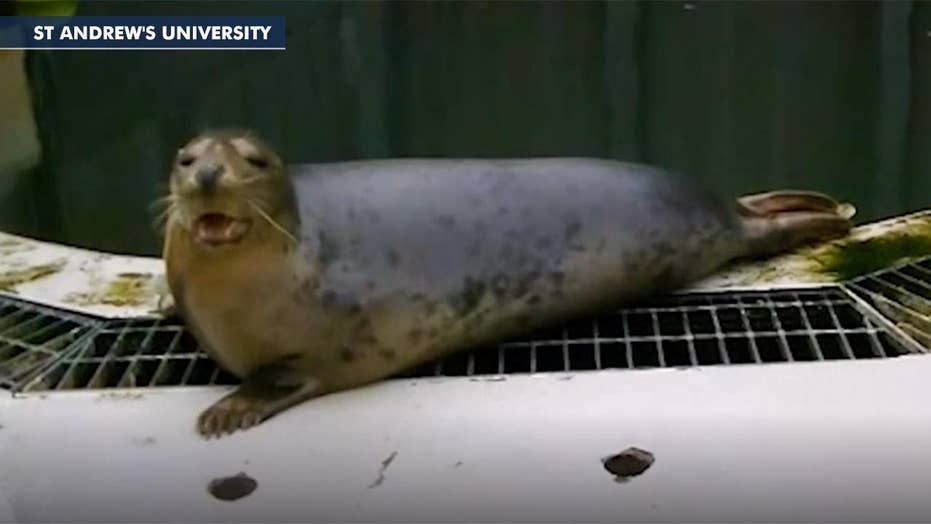 Raw video: Researchers at the University of St Andrew's in Scotland trained three seals to copy the sound of human speech and songs.

Scientists in the U.K. have revealed that gray seals can mimic the sound of human words and songs such as “Twinkle, Twinkle, Little Star’ and even the “Star Wars” theme.

Researchers from the University of St. Andrews in Scotland worked with three gray seals, monitoring them from birth to determine their “natural repertoire.”

The seals were then trained to copy the key elements of human sounds.

Video footage of the project shows the seals’ remarkable musical talents. One of the seals, named Zola, can be seen copying the notes of “Twinkle, Twinkle, Little Star.” Another seal copies the famous “Star Wars” theme music.

The research team's findings were published in the journal Current Biology. The study gave the researchers a better understanding of the evolution of vocal learning and human language development.

Lead researcher Dr. Amanda Stansbury, who now works at the El Paso Zoo in Texas, said that she was amazed at how well the seals copied the sounds that were played to them. “Copies were not perfect but given that these are not typical seal sounds it is pretty impressive,” she said in a statement. “Our study really demonstrates how flexible seal vocalizations are. Previous studies just provided anecdotal evidence for this.”

The study also suggested that gray seals could help in the study of speech disorders.

“Finding other mammals that use their vocal tract in the same way as us to modify sounds informs us on how vocal skills are influenced by genetics and learning and can ultimately help to develop new methods to study speech disorders,” said Professor Vincent Janik of the Scottish Oceans Institute at the University of St Andrews, in the statement.

Gray seals are found in North Atlantic coastal waters, according to the National Oceanic and Atmospheric Administration (NOAA).