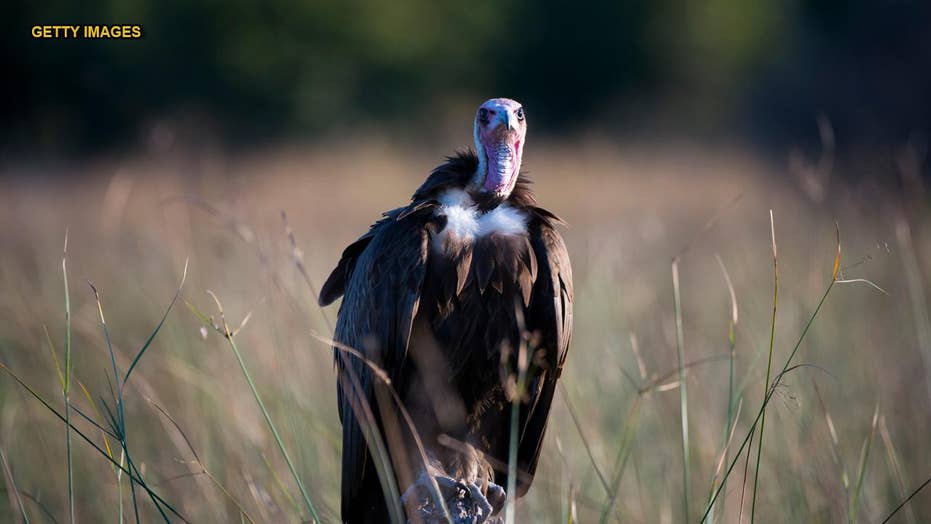 More than 500 vultures in Botswana have been poisoned after elephant carcasses were laced with chemicals.

In a Facebook post on Thursday, the Botswanan government confirmed that the poisoning took place in the southern African nation’s Central District.

“The poisoning was believed to have been caused by lacing of three poached elephant carcasses with a poisonous chemical,” it said. “A total of 537 vultures and two tawny eagles were found dead at the site. The breakdown included 10 cape vultures, 14 lappet faced vultures, 468 white backed vultures, 17 white headed vultures and 28 hooded vulture.”

File photo - A Hooded Vulture (Necrosyrtes monachus) waiting to get to the scraps of a lion kill at the Linyanti Reserve near the Savuti Channel in northern part of Botswana. (Photo by Wolfgang Kaehler/LightRocket via Getty Images)

Botswanan officials said that law enforcement is working “around the clock” to decontaminate the area. “Sampling of carcasses and the environment was done for further laboratory analysis,” they added.

It is not clear why the birds were poisoned, although the BBC reports that vultures circling a carcass can alert authorities to the presence of poachers.

In a Facebook post, South Africa-based vulture conservation program VulPro described the mass poisoning as “gut-wrenching” and weighed the devastating impact of the killings. “This is one of the biggest knocks to vultures in our history,” it explained. “Also, it is breeding season so many are adults which means not only are they directly affected but their eggs/chicks have died too and as vultures are monogamous, we have lost those breeding pairs to the wild populations.”

The Botswanan government has come under fire recently over its controversial decision to lift its ban on elephant hunting.

Botswana has been a relatively safe refuge for elephants on a continent where illegal poaching and habitat loss has sent their numbers into sharp decline. The country is home to an estimated 130,000 African elephants — about a third of the world's remaining population.