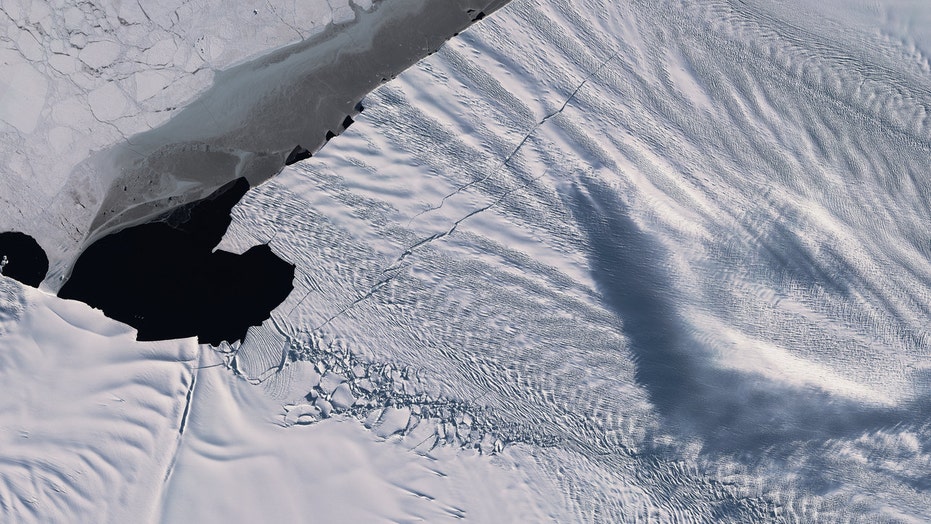 A new study warns that even if countries curb their carbon emissions pledge as part of the historic 2015 Paris climate agreement, sea levels will continue to rise.

The research, published in the scientific journal Proceedings of the National Academy of Sciences, notes that sea levels would rise approximately 20 centimeters by the year 2300 from emissions released between 2016 and 2030, when the Paris Agreement expires.

“Even if we were to meet these initial goals of the Paris agreement, the sea level commitment from global warming will be significant,” said one of the study's co-authors, Oregon State University climate scientist Peter Clark, in a statement. “When we pump more carbon into the atmosphere, the increase in temperature is almost immediate.

File photo: This January 2017 photo provided by Ted Scambos shows sea ice on the ocean surrounding Antarctica during an expedition to the Ross Sea. Ice in the ocean off the southern continent steadily increased from 1979 and hit a record high in 2014. But three years later, the annual average extent of Antarctic sea ice hit its lowest mark, wiping out three-and-a-half decades of gains, and then some, according to July 2019 study. (Ted Scambos/National Snow and Ice Data Center via AP)

Clark continued: "But sea level rise takes a lot longer to respond to that warming. If you take an ice cube out of the freezer and put it on the sidewalk, it takes some time to melt. The bigger the ice cube, the longer it takes to melt.”

The statement accompanying the study pointed out that the estimates of sea level rise did not factor in any potential impact from Antarctic ice sheet melting.

The study is the first of its kind to "quantify how much sea level would rise from the carbon emissions pledged under the Paris agreement," the statement added. Led by the U.N., the goal of the Paris agreement is to limit the global temperature increase to less than 2 degrees Celsius.

A separate study published in August suggested that sea ice in the Arctic could completely disappear through September each summer if average global temperatures increase by as little as 2 degrees Celsius and climate conditions continue to worsen.

OVER 11,000 SCIENTISTS WARN OF 'CLIMATE EMERGENCY'

The study follows news that the Trump administration has begun the process of pulling out of the landmark 2015 Paris climate agreement.

Secretary of State Mike Pompeo said Monday that he submitted a formal notice to the United Nations. That starts a withdrawal process that does not become official for a year. His statement touted America's carbon pollution cuts and called the Paris deal an "unfair economic burden" to the U.S. economy.

Nearly 200 nations, including China, signed the climate deal in which each country provides its own goals to curb emissions of heat-trapping gases that lead to climate change.