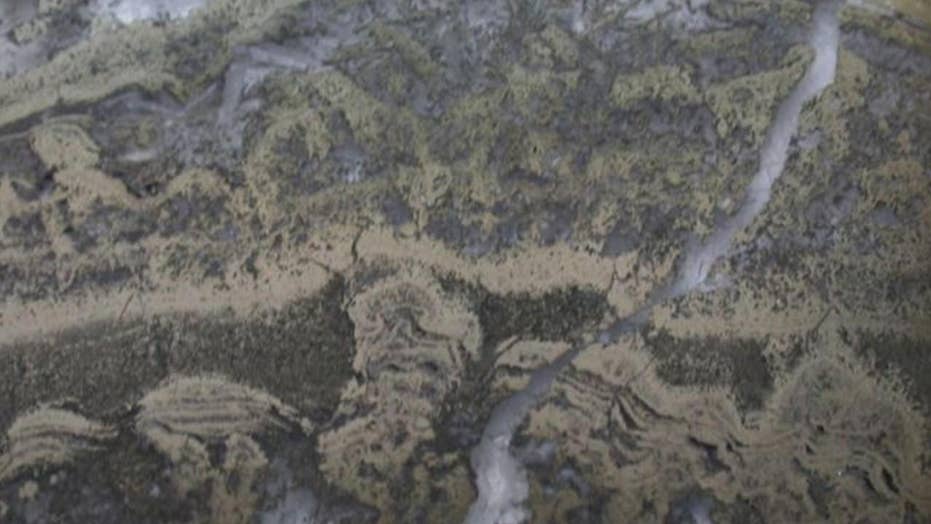 The discovery is being called one of the earliest signs of life. A team of scientists are calling their discovery of ancient sedimentary rocks the ‘smoking gun’ that proves the existence of life over three billion years ago.

Researchers have discovered microbial remains in 3.5 billion-year-old rocks in Western Australia, the remnants of which may be the earliest signs of life on the planet and a find considered to be a "smoking gun."

The scientists from the University of New South Wales discovered 3.5 billion-year-old stromatolites, ancient sedimentary rocks, that were generally believed to contain the earliest signs of life, a theory that has now been proven.

"This is an exciting discovery -- for the first time, we're able to show the world that these stromatolites are definitive evidence for the earliest life on Earth," the study's lead author, Dr. Raphael Baumgartner, said in a statement.

Photomicrograph of pyritized stromatolites from the 3.5 billion-year-old Dresser Formation. The stromatolites are delineated by pyrite, also known as fool's gold. (Credit: UNSW Sydney)

The stromatolites, which were discovered in the Pilbara region in Western Australia, gave the researchers the closest option to finding a "smoking gun" to prove the existence of life that old.

"This represents a major advance in our knowledge of these rocks, in the science of early life investigations generally, and -- more specifically -- in the search for life on Mars," Prof. Martin van Kranendonk said in the statement. "We now have a new target and new methodology to search for ancient life traces."

The research has been published in the scientific journal, Geology.

Baumgartner and the other researchers drilled into the rock to take samples and examined them using a variety of cutting-edge tools and techniques, including high-powered electron microscopy, spectroscopy and isotope analysis.

He discovered that stromatolites are essentially composed of pyrite, often known as "fool's gold," along with organic matter.

"The organic matter that we found preserved within pyrite of the stromatolites is exciting -- we're looking at exceptionally preserved coherent filaments and strands that are typically remains of microbial biofilms," Baumgartner added.

In addition to providing clues to how life formed on Earth, they may also provide hints on whether and where it formed or existed on Mars, the researchers said.

"Understanding where life could have emerged is really important in order to understand our ancestry," Baumgartner noted. "From there, it could help us understand where else life could have occurred -- for example, where it was kick-started on other planets."

"It is deeply satisfying that Australia's ancient rocks and our scientific know-how is making such a significant contribution to our search for extraterrestrial life and unlocking the secrets of Mars," said van Kranendonk.

A study published earlier this year suggested that the building blocks for life on Earth came from a galactic collision with another Mars-sized object more than 4 billion years ago.