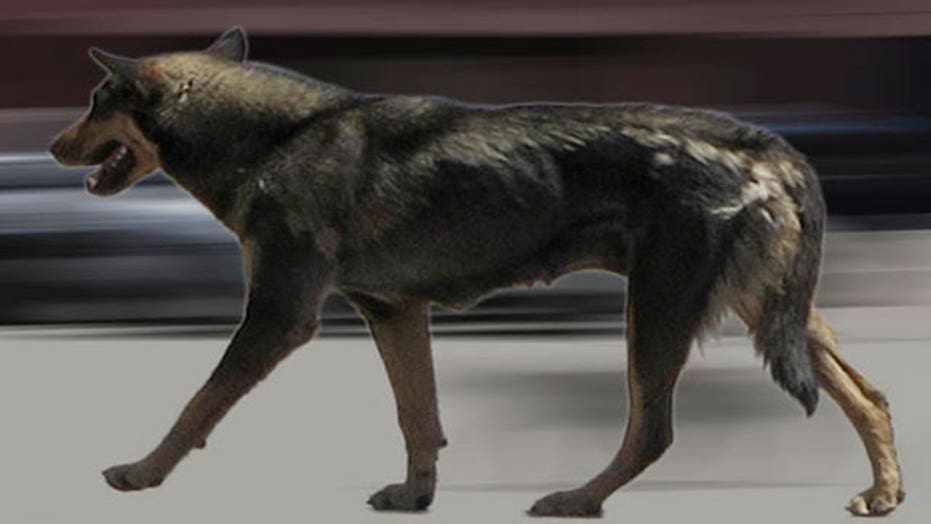 Study: Dogs align with Earth's magnetic field when relieving themselves

Scientists discovered that dogs across a variety of breeds align their body axis with the Earth's magnetic field (MF) when relieving themselves.

70 dogs out of 37 different breeds -- beagles and dachshunds and Yorkshire terriers, oh my! -- were observed going number two 1,893 times and number one 5,582 times over the course of a two-year period. And they preferred to excrete when their body was aligned along the north-south axis under calm MF conditions, according to a new report in the journal Frontiers in Zoology.

This behavior did not occur under unstable conditions, according to the paper -- and why it happens at all is a mystery, too.

"It is still enigmatic why the dogs do align at all, whether they do it 'consciously' ... or whether its reception is controlled on the vegetative level (they 'feel better/more comfortable or worse/less comfortable' in a certain direction)," wrote researchers from the Department of Game Management and Wildlife Biology at the Czech University of Life Sciences in the Czech Republic and the zoology department at the University of Duisburg-Essen in Germany.

"Our analysis of the raw data ... indicates that dogs not only prefer N-S direction, but at the same time they also avoid E-W direction," they wrote.

This is the first time that magnetic sensitivity has been proven in dogs. But there are several other species that are also sensitive to the Earth's magnetic field, the researchers said, including foxes, cattle and deer.

A full report of this study can be found here.

The researchers said they were "inspired by our hitherto observations in other animals."