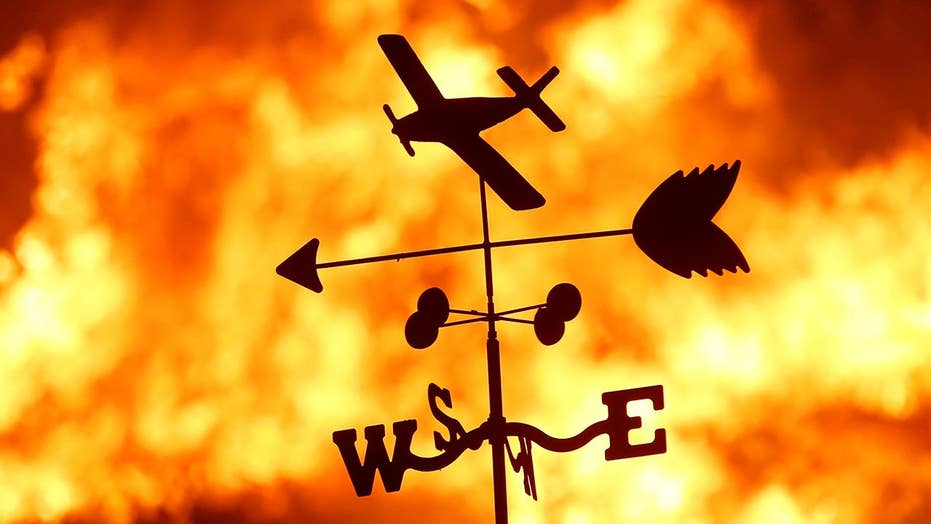 Multiple wildfires were raging in Southern California on Thursday.

A wildfire which erupted in the Bel Air area of Los Angeles early Wednesday, called the "Skirball Fire," is just five percent contained.

Santa Ana winds have been linked to the spread of dangerous wildfires, causing evacuations and mass damage. Here’s what you should know about the weather phenomenon.

What are the Santa Ana winds?

The wind is “a weather condition in which strong, hot, dust-bearing winds descend to the Pacific Coast around Los Angeles from inland desert regions,” the National Weather Service glossary explains.

These winds are generated by cold air descending on a Western area called the Great Basin. Air flowing from that region of high pressure spills through mountain ranges and down into Southern California metropolitan areas.

Santa Ana winds push back the normal moist and cooling influence of the Pacific Ocean, and gain warmth from compression and speed.

What else should I know about the winds?

"A strong surface high over the Great Basin will continue to support an extended period of moderate to strong Santa Ana winds to Southwest California through Friday," the National Weather Service said Thursday morning. "Winds are expected to increase again this morning and continue through Friday."