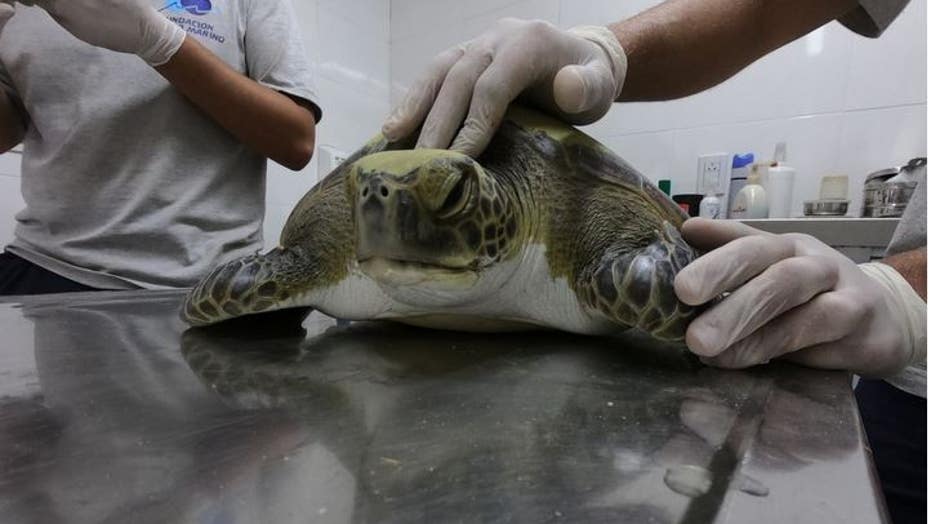 Garbage in, garbage out -- as the old saying goes -- also seems to apply to a rescued green turtle.

The turtle, whose scientific name is Chelonia mydas, was found by Robert Ubieta, a fisherman from San Clemente del Tuyu, a town on the Atlantic coast of Argentina, Live Science reported Tuesday.

When Ubieta brought the green turtle to a local rescue center, veterinarians realized the creature had some pressing health problems.

According to Live Science, the turtle began pooping out pieces of trash that included fragments of nylon bags and hard plastics.

"Therefore, we began treatment with a medication that favors its peristaltic movements [movements of the digestive tract] and allows it to eliminate what we observed on the [X-ray] plates," Ignacio Peña said in a translated statement, according to Live Science.

The turtle reportedly pooped out half an ounce of garbage items.

Researchers said animals that mistake trash for food are at a higher risk of death. The human waste products can block the animals' digestive tracts, and potentially take up space that would be used for nutrient-laden meals.

The green turtle, which is typically located in tropical and subtropical waters, is endangered, according to the International Union for Conservation of Nature.