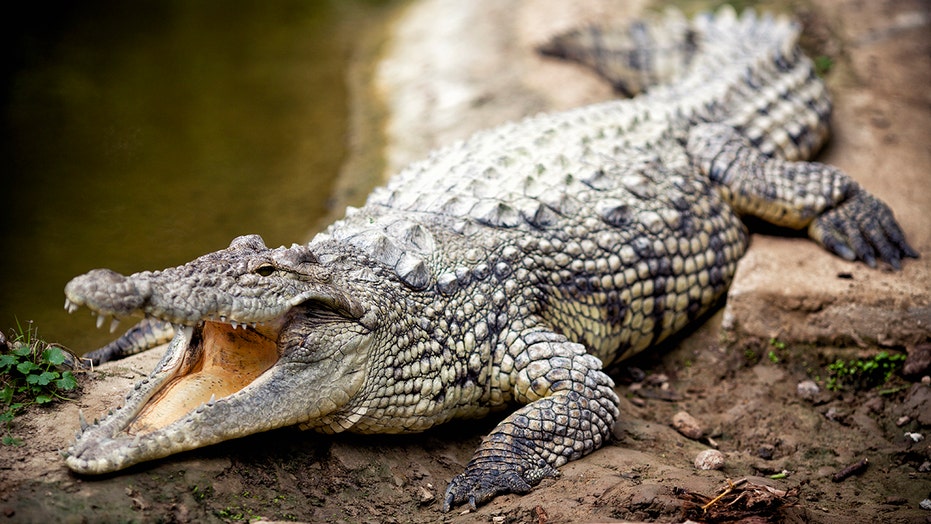 A newly published study notes that prehistoric crocodiles acted more like modern-day whales and dolphins, based off their inner-ear sensory system.

The researchers analyzed CT-scans of fossils of the extinct crocodiles, known as thalattosuchia, and found they developed balance and equilibrium that let them spend significant amounts of time in the oceans.

"We find that open-ocean thalattosuchians developed strikingly compact and thickened bony labyrinth after a long semiaquatic phase and after modifying their skeleton to become better swimmers," the researchers wrote in the study's abstract. "This differs from cetaceans, which miniaturized their bony labyrinths soon after entering the water. Therefore, thalattosuchians and cetaceans took different evolutionary paths from land to water."

1 / 2 Three different inner ears based on the habitat the animal lived in. Credit: Julia Schwab

In addition, the researchers also noted that the ancient crocodiles had limbs that evolved into flippers and had streamlined tails to help move through the water.

In an interview with The Guardian, the study's lead author, University of Edinburgh graduate student Julia Schwab said the discovery is "key to understand how ancient animals lived."

“We found that marine crocodile relatives have a very unique inner-ear shape, similar to other water-living reptiles and today’s whales," Schwab added.

One of the study's co-authors, Stephen Brusatte, added that the ancient crocs developed the "unusual inner ears after modifying their skeletons to become better swimmers," caused by evolution in response to their environment.

“Whales also changed their ears in a similar way, but did it soon after entering the water," Brusatte explained. “It seems like the crocs and whales took similar but different evolutionary routes from land to water.”

The study was published in the Proceedings of the National Academy of Sciences.

Researchers have learned more about ancient crocodiles in recent memory. The fossils of a "bone-crushing" ancestor of the modern-day crocodile -- nicknamed the "T. Rex of its time" -- that hunted dinosaurs 230 million years ago were discovered in February in Brazil, stunning researchers.

The identity of a massive prehistoric crocodile that lived 180 million years ago and could reach nearly 15 feet in length has finally been determined, nearly 250 years after its fossils were first discovered.

In September 2019, paleontologists unearthed fossils of a 30-foot crocodile that lived 210 million years ago in southern Africa, which they believe ate early herbivore dinosaurs and their mammal relatives.