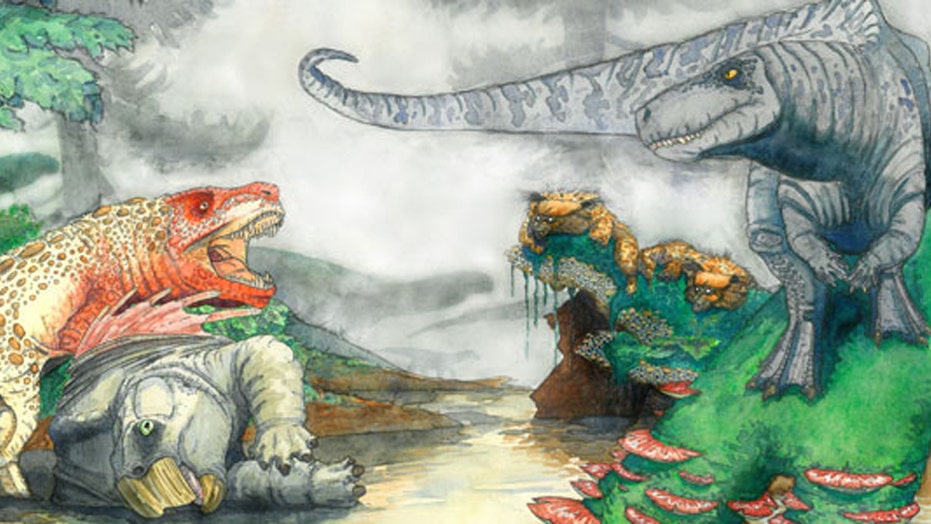 Carnivorous dinosaurs are widely considered history's greatest predators, but a new study suggests that herbivores lived in fear of a 30-foot crocodile-like creature 210 million years ago.

Paleontologists have unearthed fossilized teeth, jaws and limbs of rauisuchians in southern Africa. After studying them, they've suggested that the ancient predator ate early herbivore dinosaurs and their mammal relatives.

“These ancient fossils provide us with evidence of how at least two predator species hunted these vegetarian dinosaurs 210 million years ago," Rick Tolchard, a Wits University master's student, said in a statement. "It is amazing to follow the clues left behind in fossilized teeth, jaws, limbs and other fossils to help us tell the ancient story of life in southern Africa."

(Credit: University of the Witwatersrand)

Rauisuchians, which went extinct at the end of the Triassic period, grew up to 30 feet in length and had "huge skulls full of serrated, curved teeth," the statement added.

Tolchard, who studied fossils from various collections around the world, added that these reptiles were widespread.

“In the Triassic period, rauisuchians were widespread and their fossils are known from all continents except Antarctica,” he said. “They went extinct about 200 million years ago, paving the way for dinosaurs to become the dominant large land animals.”

The research was published in the Journal of African Earth Sciences.