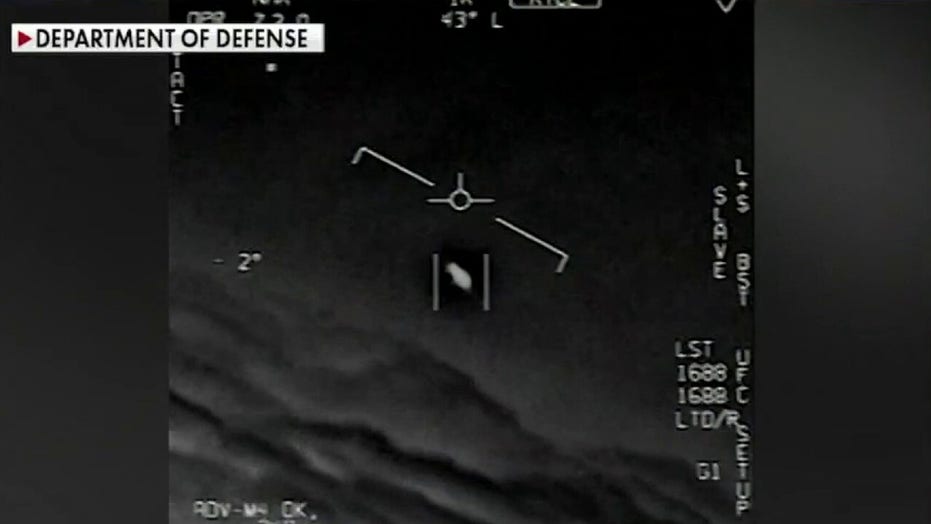 The Pentagon's announcement establishing a task force to "detect, analyze and catalog" unidentified aerial phenomena is a welcome addition in the now very public search for UFOs, albeit one with its own controversies, according to one expert.

"I support this initiative, which rightly frames the issue in terms of security," Nick Pope, a former employee and UFO investigator for Britain's Ministry of Defense, said in an email to Fox News. "While there'll be debate about exactly what this entails -- mention of unauthorized aircraft making incursions into training ranges sounds relatively mundane -- UAP [unidentified aerial phenomena] is the official term for what the media and the public refer to as UFOs, so there's no doubt in my mind about the true nature of the mission."

Though excited about the public confirmation, Pope pointed out one major discrepancy with the Pentagon's announcement. "The Intelligence Authorization Act for Fiscal Year 2021 referred to the task force as already being in operation," Pope, who worked for the MoD from 1991 to 1994, added.

It's not yet clear how this new task force relates to the Advanced Aerospace Threat Identification Program (AATIP). Pope cited "former defense officials" with the group who were involved in work relating to UFOs.

The AATIP was formed in 2007 at the behest of former Sen. Harry Reid, Fox News previously reported. It reportedly ceased operations in 2012, but in 2017, the New York Times reported the Department of Defense was still investigating potential episodes of unidentified flying objects.

Luis Elizondo, the former head of the AATIP, has previously said that people should pay attention to the comments the government is making about UFOs.

"What the pilots encountered that day was able to perform in ways that defied all logic and our current understanding of aerodynamics," Elizondo wrote in a Fox News op-ed of the 2004 encounter by U.S. Navy pilots. Videos of these encounters were publicly released by the U.S. Navy in April 2020 after having circulated in the public for years.

On Friday, the DoD said it hopes to "improve its understanding of, and gain insight into, the nature and origins of UAPs. The mission of the task force is to detect, analyze and catalog UAPs that could potentially pose a threat to U.S. national security."

In June, Florida Sen. Marco Rubio, acting chairman of the Senate Intelligence Committee, instructed the director of national intelligence, the secretary of defense and other agency heads to compile data on “unidentified aerial phenomenon."

“The Committee understands that the relevant intelligence may be sensitive; nevertheless, the Committee finds that the information sharing and coordination across the Intelligence Community has been inconsistent, and this issue has lacked attention from senior leaders,” they added.

In July, the Times reported that a small group of government officials, including Reid, and scientists believe objects of “undetermined origin” have crashed to Earth and been retrieved. The publication cited Eric W. Davis, an astrophysicist who worked as a subcontractor and a consultant for the Pentagon UFO program. Davis, who now works for defense contractor Aerospace Corporation, said he gave briefings on the recovery of unexplained objects to staff members of the Senate Armed Services Committee and the Senate Intelligence Committee, on Oct. 21 and Oct. 23, 2019, respectively.

In April, the Pentagon officially released videos of "unidentified aerial phenomena," known as "FLIR1,” “Gimbal” and “GoFast,” previously captured by Navy aircraft. The footage had circulated in the public for years. They were originally released to the New York Times and to The Stars Academy of Arts & Science, headed by former Blink-182 co-founder Tom DeLonge.

WITH PENTAGON UFO UNIT IN THE SPOTLIGHT, REPORT MENTIONS 'OFF-WORLD VEHICLES NOT MADE ON THIS EARTH'

The first video of the unidentified object was taken on Nov. 14, 2004, and shot by the F-18's gun camera. The second video was shot on Jan. 21, 2015, and shows another aerial vehicle with pilots commenting on how strange it is.