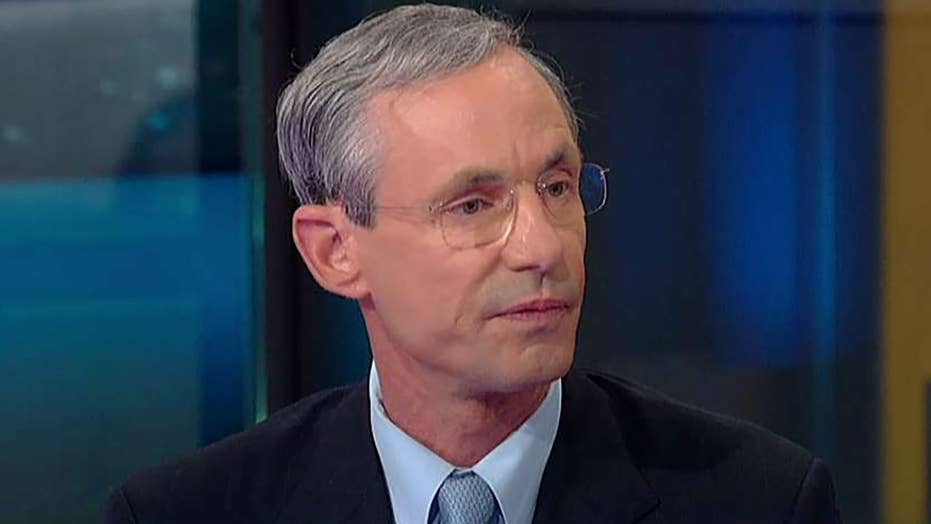 Those of us who grew up in the 1980s may remember the movie "Final Countdown," a fanciful "what if" scenario in which the mighty USS Nimitz aircraft carrier is mysteriously transported back in time to World War II.

In the movie, Japanese Zeros encounter state-of-the-art, supersonic F-14 Tomcats, and as one might imagine, the lopsided matchup makes for an amusing movie and some very frightened Japanese fighter pilots.

But what if the reverse were the case? What would the movie feel like if the USS Nimitz suddenly disappeared into the future instead of the past? What if the pilots flying the Tomcats were suddenly engaging hyper-futuristic craft that toyed with them in the way that a cat plays with a mouse?

In December 2017, much of the world was stunned to learn that pilots from the USS Nimitz encountered something eerily similar to the above scenario back in 2004, while conducting an exercise off of the sunny, southern coast of California. Just like a script from a science fiction movie, Top Gun-trained fighter pilots from the Nimitz were unfairly engaged with and attempting to intercept something that could only be described as extraordinary.

What the pilots encountered that day was able to perform in ways that defied all logic and our current understanding of aerodynamics. Furthermore, beyond what the pilots saw with their own trained eye, the technological feat they encountered was further verified by the impressive Aegis SPY-1 radar, America’s premiere radar system at the time, and even gun camera footage and sonar systems from submarines accompanying the carrier.

So far, we have observed some of its capabilities, but we still have no idea of its intent. From that perspective, this unorthodox challenge may still be considered a potential threat.

Was this a case of life imitating art? No one really knows, but more than one publication was able to independently verify that these incidents, along with many others, were officially reported to the Pentagon’s own secretive program called the Advanced Aerospace Threat Identification Program (AATIP), which was tasked with trying to decode the mystery of unidentified aerial phenomena (UAP).

Equally shocking to most was the fact that these incidents were not isolated and continued for at least a decade later and involved other carrier battle groups around the world.

As the American people became increasingly aware that this was not a plot for a science fiction movie but were real events, the U.S. government was forced to respond.

The American military complex is arguably the world’s greatest institution at responding to threats. This is true on the battlefields, cyberspace, and even in outer space. If there is one thing we are good at, it is developing technologies to counter any threats in order to maintain our dominance. So why are we so utterly unprepared to address something that can easily out-maneuver our best-in-class pilots, in our very own tightly controlled airspace?

Part of the reason is because these anomalous systems can perform in ways that are not only beyond our own capabilities, but far surpass our current understanding of aerodynamics and physics! Where do you start when every rule you’ve been taught to live by has been broken?

As it turns out, our biggest weakness may be the dogma by which we are blinded. Luckily, recent understanding in quantum physics and next-generation technology may be able to help us address this problem.

Further complicating this enigma is the fact that it remains an ill-defined threat. Not to imply that UAPs are an implicit threat to our national security, but it is prudent that we recognize that anything that can perform with these characteristics could certainly pose a threat should it choose to do so.

As such, it is imperative for our national security apparatus to further understand what these things are and where they are from. Our leaders need to have the courage to ask the question, did a foreign adversary just leapfrog ahead of the U.S.? Or is this something else?

To determine whether something is a threat we must understand two things, "capabilities and intent." So far, we have observed some of its capabilities, but we still have no idea of its intent. From that perspective, this unorthodox challenge may still be considered a potential threat.

During my time managing AATIP, I learned first-hand that perhaps the greatest threat of all was not from the phenomena, but from ourselves. Our inability to process data that did not fit neatly within our own paradigms of what constitutes a threat or an ally, which often led to blank stares and uncomfortable silence.

Eventually, we were stuck in this never-ending loop of disbelief, stigma, and "paralysis by analysis." Even to this day, there are elements within the U.S. government that resist further study of this topic despite the overwhelming evidence provided by our brave men and women in uniform, which is also backed by our most advanced and reliable sensors and technology.

So here we are at the paradox of the unorthodox.

Luis Elizondo is a former military intelligence official, special agent in-charge and head of the Pentagon’s Aerospace Threat Identification Program (AATIP). He can be seen in the History Channel's groundbreaking, non-fiction series "Unidentified: Inside America’s UFO InvestigationTM," which airs Fridays at 10/9c.